ALBUQUERQUE, N.M. — Police are investigating a homicide in southeast Albuquerque.

According to the Albuquerque Police Department, dispatch received a call at about 4:30 p.m. Thursday about a man being shot in the parking lot of the Smith’s located at Central and Tramway.

Police said officers arrived and found a man who succumbed to his injuries on scene.

"Preliminary information gathered is indicating two vehicles were involved. Some type of dispute erupted between the occupants of the vehicles and shots were fired," APD spokesman Daren DeAguero said. "One vehicle rolled into the parking lot of the Smith’s where it came to a stop." 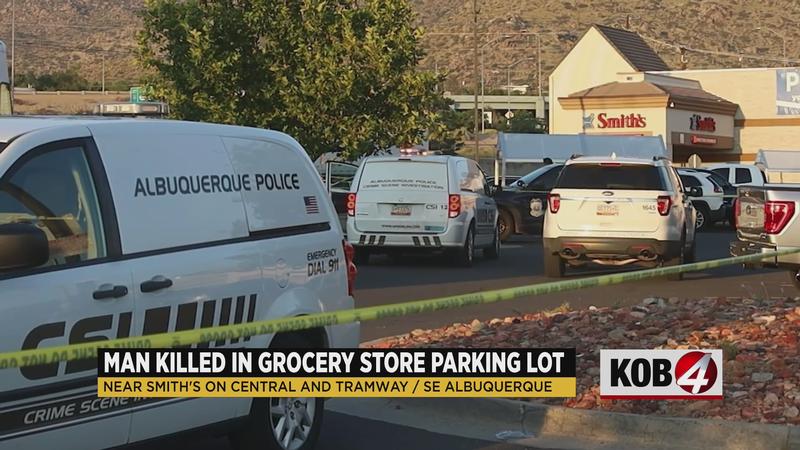