ALBUQUERQUE, N.M. — Police are investigating a shooting in southeast Albuquerque.

According to the Albuquerque Police Department, officers in the Southeast Area Command responding to a shooting shortly before 4 p.m. near Kentucky Street and Bell Avenue.

Police said a shooting victim is critically injured and has been taken to the hospital.

In an update, APD said the victim is still alive, but their homicide unit is going to begin an investigation. Police said at least one person has been detained and detectives will take over the investigation "to determine his involvement, if any."

Information is limited at this time. Stay with KOB Eyewitness News 4 and KOB.com for updates. 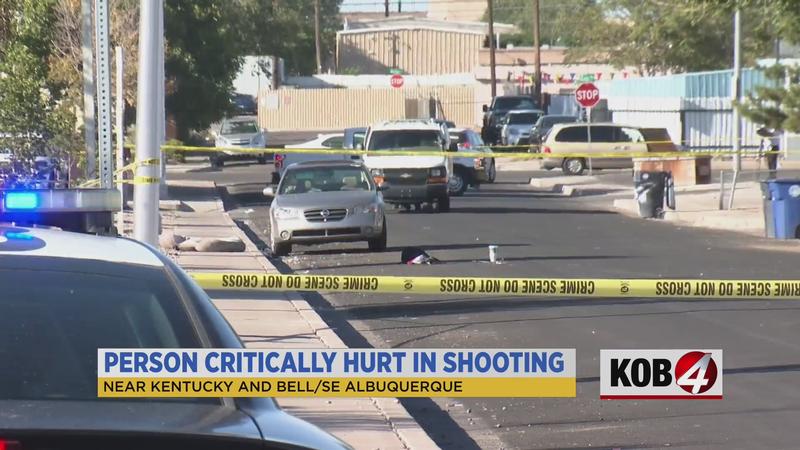