Medina said officers were trying to take the suspect in on a parole violation – because he is believed to be involved in an Albuquerque homicide last month.

When police approached him, he reportedly tried to elude officers and started ramming his vehicle into police cruisers. Medina said the suspect then got out of the car – holding a rifle. The suspect then tried to carjack a nearby driver by pointing a rifle at the driver.

The driver said at that point they heard gunshots and the suspect dropped to the ground. The suspect is being treated at a local hospital. Police said his condition is unknown at this time.

Medina said the suspect was shot at least one time, and did not say how many officers shot the suspect. No officers were injured. 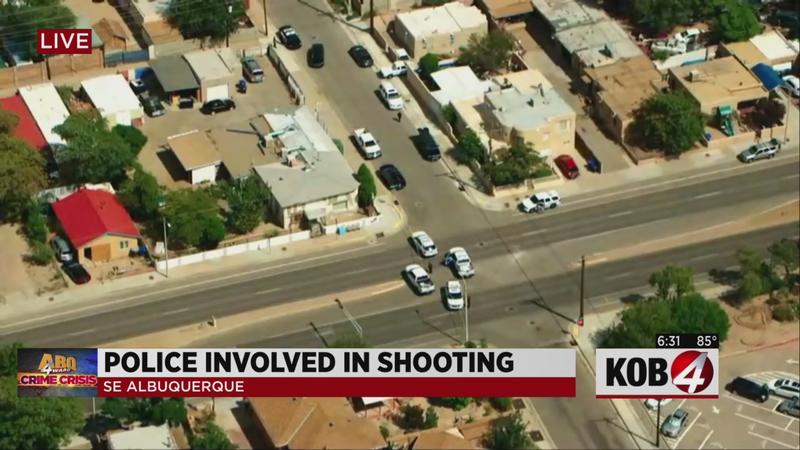 Police said the suspect is tied to multiple car thefts and the suspect’s rifle matches the rifle used in a homicide last month.

At the scene of an officer involved shooting in the area of Broadway Blvd and Avenida Cesar Chavez. Police have a large stretch of Broadway blocked off. pic.twitter.com/jt8brwvlCb