Poll: 36% of unvaccinated New Mexicans say they will never get a COVID vaccine

Researchers involved in the American COVID-19 Vaccine Poll said the study is the largest yet on COVID vaccine hesitancy, and it’s timely.

The poll examined who is hesitant, why, and what may encourage them to get a shot.

University of New Mexico professors were on the research team, including policy analyst Gabriel Sanchez, the director of the UNM Center for Social Policy.

RESPONSES FOR PEOPLE IN NEW MEXICO

On the high vaccination rates in Native American communities: 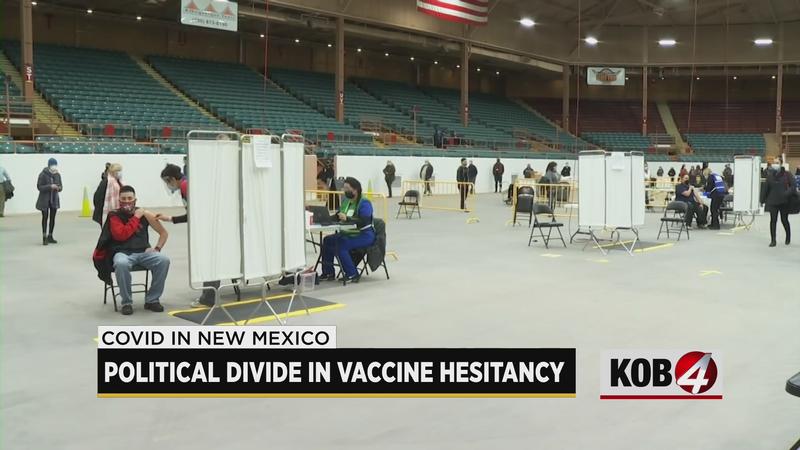 “Unfortunately, once you get past that first wave of the Native Americans who are hungry for the vaccine and can get access to it, moving forward, hesitancy rates are very high among Native Americans here in New Mexico and nationally,” said Sanchez.

On encouraging unvaccinated Native Americans to get a shot:

“Although the message stresses protection of elders, for Native Americans we also included protection of culture and language, because unfortunately for that community, given the huge inequalities they’ve seen in terms of COVID outcomes, including casualties, with a lot of the elders goes the culture, goes language loss,” said Sanchez.

On encouraging hesitant Republicans to get vaccinated:

“For Republicans, a lot of it is stressing the underlying economic implications of high vaccination rates. We know that Republicans tend to think about all of this vaccine dynamic really in the context of opening up businesses,” Sanchez said.

On unvaccinated people’s overwhelming preference to rely on trusted doctors and hospitals for both information and vaccinations.

“What it tells us is the folks who are still hesitant but are open to getting a vaccine want that one-on-one, that ability to be able to say, ‘I know when I’m going to get the vaccine, and with my doctor, and in some cases it’s going to be anonymous and nobody else even has to know that I’m vaccinated,’” said Sanchez.