Jesse Lujan was arrested as a suspect in the stabbing death of Roy Courtney. Lujan is accused of stabbing Courtney late Saturday night at the 1100 block of West First Street in Portales.

Courtney succumbed to his injuries at Roosevelt General Hospital. 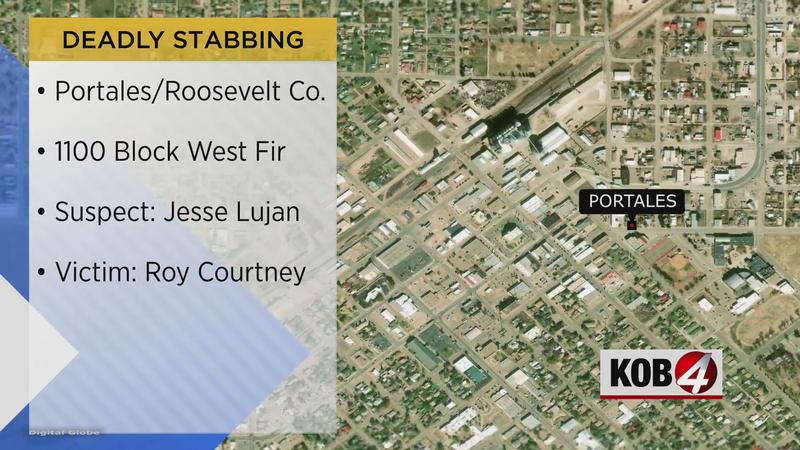