SANTA FE, N.M. — The Kiwanis Club of Santa Fe is breaking out the classic Zia – which will rise over the plaza to signal a new dawn in the final moments of 2021.

Unlike last year, the public will once again be able to enjoy the show in person.

"Even though this is an outdoor event, we’re going to ask people that they mask up," said Raymond Sandoval, the New Year’s Eve event chairman.

Officials said they’re also asking attendees to social distance. They will not serve hot chocolate this year, but there will be live performances, bonfires set up to keep people warm, and biscochitos.

"We did keep the biscochitos, and we actually have two biscochitos in little, individually-wrapped bags," Sandoval said. 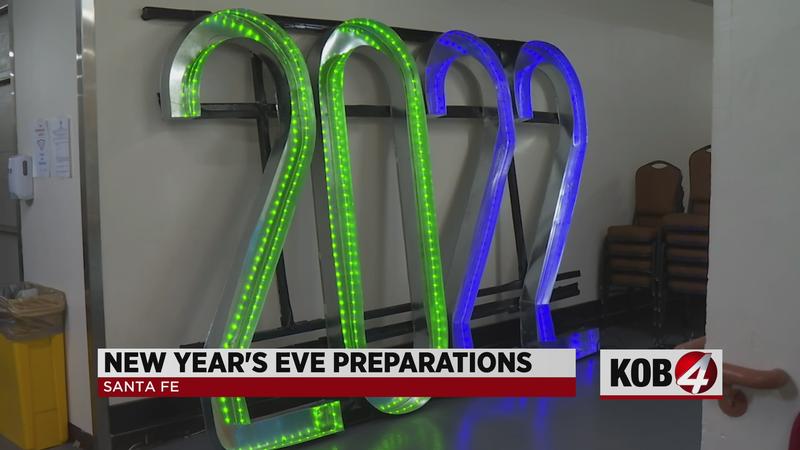 Instead of dropping a ball at midnight, a Zia rises like the sun on a 60-foot articulating boom – as the traditional song, Las Mananitas, plays in the background.

After the Zia rises, there will be a fireworks display on one of the oldest hotels in the U.S., La Fonda.

Event coordinators said 7,000 people came out to watch in 2019. This year, they’re not expecting a crowd that big due to the pandemic and a snowstorm on the way.