"So we’re building back up the capacity that should have been maintained and built upon, that Trump dismantled. It’s gonna take time," Biden said during his first official presidential press conference.

"The overwhelming majority of people coming to the border and crossing are being sent back" Biden added.

Unaccompanied minors are not sent back. Once a child is picked up at the border, they’re sent to a facility that is run by Customs and Border Protection.

Processing is supposed to take up to 72 hours. However, it’s taken longer for some children. 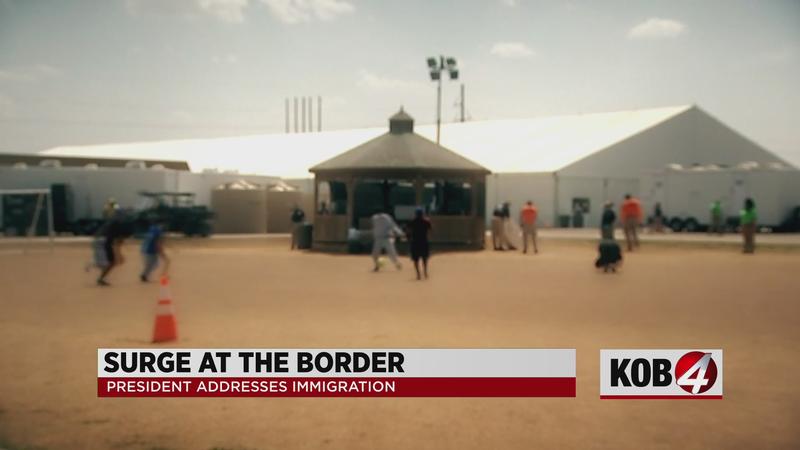 The U.S. reportst that nearly 5,000 migrant children are currenly in CBP custody. Thousands more in the custody of the Health and Human Services Department.

She disagrees with Biden’s approach to solving the surge at the border.

"What we’ve done in some of these policies that have passed recently, we’ve incentivized people to come here illegally, and that’s unfortunate because I think the American people and the people of New Mexico deserve better than that," she said.

However, Biden is doubling down on his policy changes.

"All the policies that were underway were not helping at all, did not slow up the amount of immigration and as many people coming, and rolling back the policies of separating children – from their mothers – I make no apology for that," he said.

The president promising to speed up the process to reunite children who arrive alone with their families — or move them to better housing, while stressing the border is closed to adults.