He had wound up in a foot chase with Santa Fe police that ended near Loretto Chapel.

But according to documents, everything started near West De Vargas Street. A woman was arrested prior to Santa Fe police shooting and killing Lino-Gutierrez.

That woman, Kalin Addison, had her first court appearance Friday. Court documents show she had just been released from the detention center earlier this week.

When Addison met up with the people who she calls "family" Wednesday morning, she told police a woman who she calls her "sister" was physically fighting another woman. 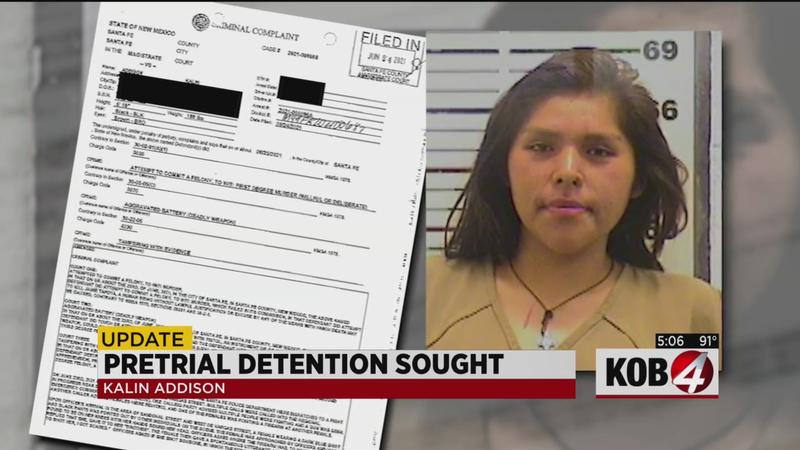 During the fight, Addison told police she took a gun that was holstered to the woman’s hip, and ended up shooting her with her own gun. She was shot in the back of the neck and survived.

After the shooting, documents allege that Addison handed the gun to Lino-Gutierrez, her "brother," who led police on a chase until he was shot and killed.

Addison is facing charges for attempted murder and aggravated assault.