GRANTS, N.M. – It’s that time of year to dust off the ladders – and hang the lights.

"I have personally known this family almost most of my life. My grandma actually lived caddy-corner, until she passed,” said Chelsea White, deputy warden at Western New Mexico Correctional Facility.

Every year, White likes to give back. This year, she organized some Christmas help for a pair of sisters raising their own children under the same roof – two women White used to babysit for.

Raven Jaure is raising her two daughters alongside her sister, who is also raising two children. The devastation of the pandemic recently visited their home.

"It was a really hard time," Jaure said. "All of us, we didn’t want to eat or nothing. We just felt, just weak, and then my mom passed away from it. That just bummed us out."

Their uncle who lived next door also died and they lost their grandma too.

In addition to the four kids, the sisters will now be looking after another elderly relative.

"Everybody needs to get in the mindset of helping each other out, and maybe we wouldn’t be in such bad predicaments,” White said.

That is why White asked her coworkers to pitch in for Jaure, her sister and their children.

Brandie Poolaw, an inmate at the women’s prison in Grants, is one of the only inmates with gate clearance. She was asked if she wanted to help spread the holiday cheer.

"At first, I was like, are they serious?” Poolaw said, laughing.

But she, along with the prison staff that donated lights and decorations, transformed Jaure’s home – an unusual example of generosity from the inmate and warden.

"And I think if everybody went out and lent a helping hand, when you were able to do so, the world would be a better place,” White said. 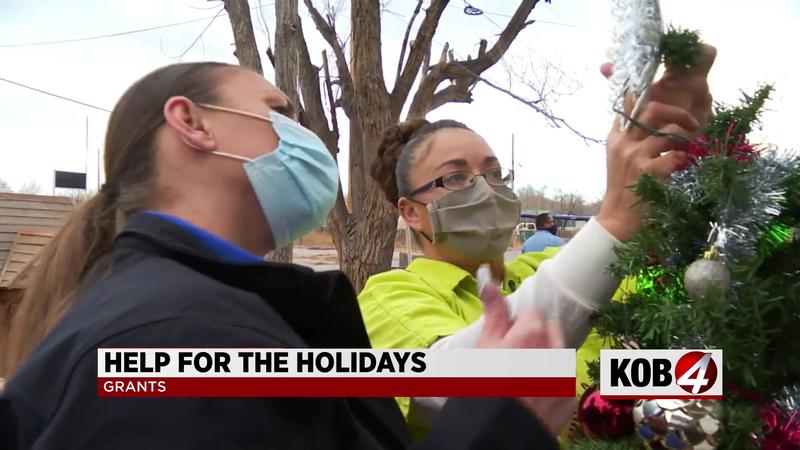