ALBUQUERQUE, N.M.- A leader in the anti-vaccine, anti-mask, and anti-lockdown movement drew hundreds of people at Legacy Church in Albuquerque Tuesday night.

Church leaders said they invited Dr. Simone Gold, who was charged in the U.S. Capitol insurrection, to offer people a chance to hear a different perspective.

"We do, as you know believe the Bible, proverbs tells us that we’re a fool if we make a decision if we only hear one side of the story," said Daniel McCabe, executive pastor at Legacy.

Dr. Gold’s stance on the virus has been denounced by national health experts as dangerous and untrue.

However, she still is hosting the "Uncensored Truth Tour" while out on bond for her alleged role in the January riot. 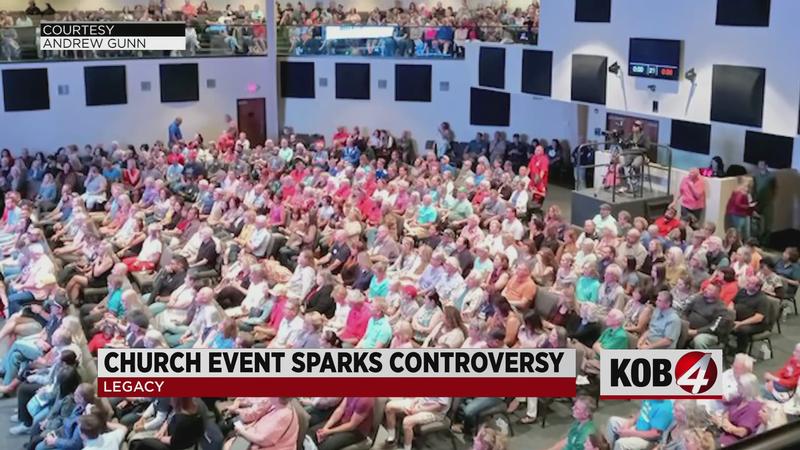 "The crowd loved it, they ate it up," said Andrew Gunn, an independent journalist who captured images of the event inside Legacy.

Legacy Church said they just want people in Albuquerque to have as much information as possible, and they believe Gold has the credentials to speak about COVID-19.

Very few, if anyone, was wearing a mask during Tuesday night’s event.