ALBUQUERQUE— The city of Albuquerque has narrowed down the potential location of the United soccer stadium to two options, both in the downtown area near the Rail Yards. One, at Iron Avenue and Second Street. The other, on Broadway and Coal Avenue.

Property owners on Second Street said they got a letter of interest from the city back in July. It outlined the city’s hope they’d sell their property, and even offered an appraisal. It didn’t mention the potential new soccer stadium that could be built in the area, but homeowners like Paul Holley pieced it together quickly.

Paul Holley bought his home on Second Street back in 2009.

"I spent about a year, a year and a half in here remodeling the house,” Holley said. He even preserved the more than 100-year-old adobe inside and outside the home.

"We planned on moving into this house,” he said, since he rents it out now. “And we just want to be close to downtown and enjoy it."

But now that plan has a wrench in it. The city could potentially take his home through eminent domain if voters pass the stadium bond, and the construction starts on his property.

"Not only am I just against it for this property, it doesn’t seem to be a good fit for Albuquerque at the moment,” Holley said.

His neighbor Bruce Davis has lived on Second Street for twenty-two years. He said he has invested time, love, energy, and a lot of dollars into the neighborhood.

"For now I really hope the vote is ‘no’ and if the vote is ‘yes’ I hope they reconsider locations,” Davis said.

The neighbors said they won’t give up easily, and are not taking court off the table if it comes to that.

"This is one of the oldest parts of Albuquerque,” said Holley. “I’m not sure a stadium would do it justice or fit in." 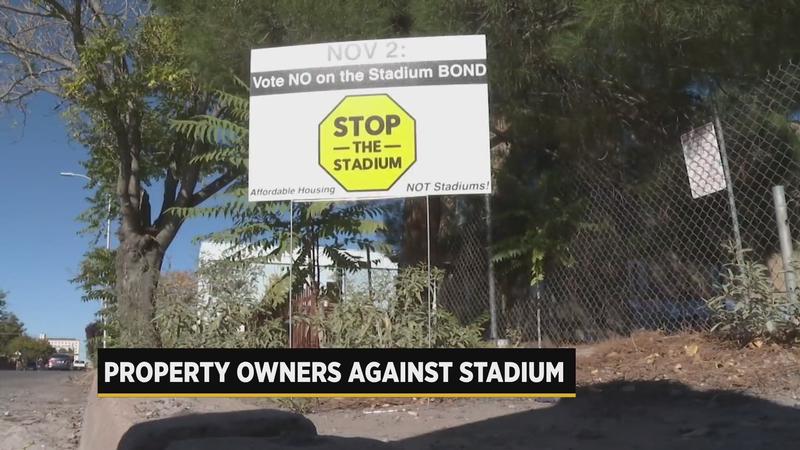