ALBUQUERQUE, N.M. — A proposed House bill aims to eliminate mandatory minimum sentences on a variety of crimes, and could affect people in violation of game and fish laws to child sex offenses.

House Democrats said the bill could be a way to give the sentencing power back to judges. However, opponents of the bill—including the Republican Party of New Mexico—believe the bill could make it more difficult to prosecute sex crimes against children. 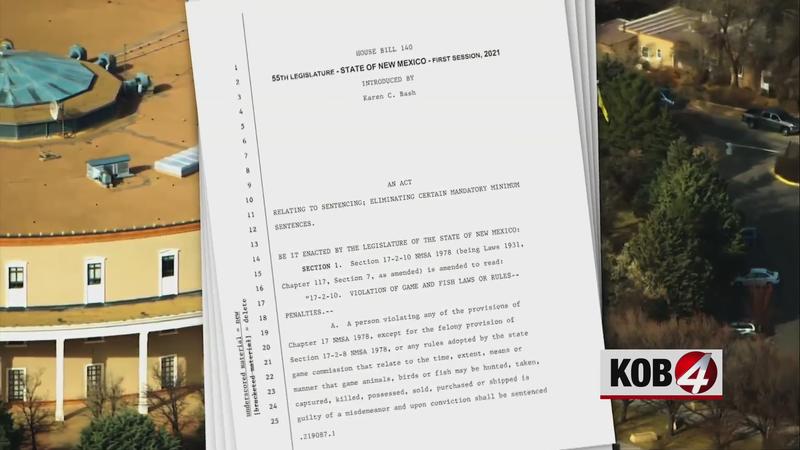 "We are aware of robust debate around the intent, which is to reform mandatory minimum sentences and restore discretion to judges. We look forward to that debate in its assigned House committees that have experience in examining changes in sentencing."

“As a survivor of child sex abuse and speaking for all other survivors, I feel betrayed,” said Melissa Fryzel, a survivor. “It took me a long time to get freed from my own situation, and it really hurts my heart right know to see and know that those are still suffering from this evil are going to see legislation like this introduced."

The bill is scheduled for a hearing this week in the House Consumer and Public Affairs Committee.