SANTA FE, N.M.- During a legislative session when security concerns led to roadblocks, an increased police presence and a fence around the state capitol, one state lawmaker is proposing a bill aimed at providing more protection from threats to public officials.

Senate Bill 182 was set to be heard in its first committee Friday but the bill’s sponsor requested it to be rolled over to the next committee meeting.

It would make it a petty misdemeanor to threaten a public official, like politicians and judges.

Candelaria left his Albuquerque home after receiving the message and was critical of the state police response. 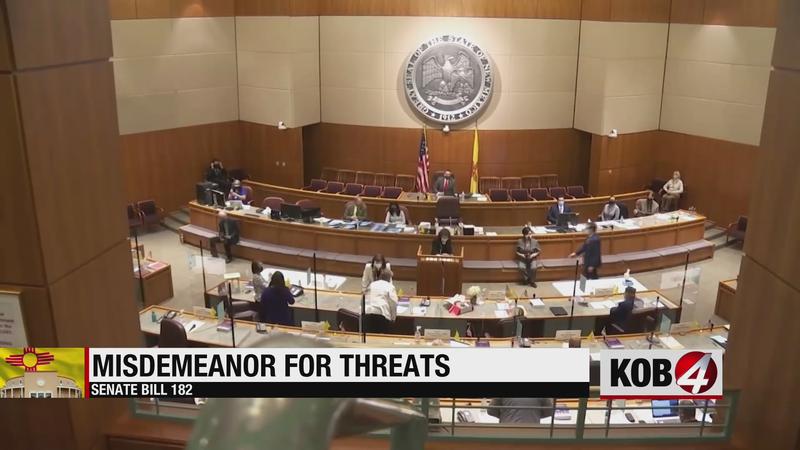 Senate Bill 182 is being sponsored by State Sen. Joseph Cervantes.