The proposal involves 22 acres of undeveloped land off South Meadows Road on the city’s Southside.

“When COVID hit, there were so many people walking out there, it was a heaven. It was a little piece of heaven where you could get away, you could get out of your home, and you could go for a walk,” said Joanna Garcia.

Garcia and Alba Blondis are two of the neighbors who oppose plans to build 95 affordable housing units, a community park and a charter in the open space area.

“Our concern is that we don’t end up with an enormous number of builds,” said Blondis.

It’s not a done deal yet.

Daniel Slavin, with Homewise, the nonprofit developer, says they signed a purchase agreement with the county and will eventually have to submit a plan to the city for approval.

KOB 4 asked him to respond to the neighbors’ concerns.

“I think it’s always just an option of what’s the best use for this place,” he said, “I think Santa Fe needs affordable housing. I don’t think there would be too many arguments there. I do think the intention of the county when they bought it was to maybe develop an open space and park that hasn’t changed as it’s annexed by the city it’s their jurisdiction. So our idea would be to make it more open and usable for children and a school open parks for everyone and affordable housing.”

“I think that our counselors and even Mayor Weber would really take a pause and consider the benefit of open space in an area thats surrounded by new buildings on South Meadows and by established communities like this who all could benefit from using us open space,” said Blondis.

There is a virtual meeting this Wednesday, Sept. 22 at 5:30 p.m. about the proposed development, where the public can give input and learn about the plans. The link for the Zoom meeting is here. 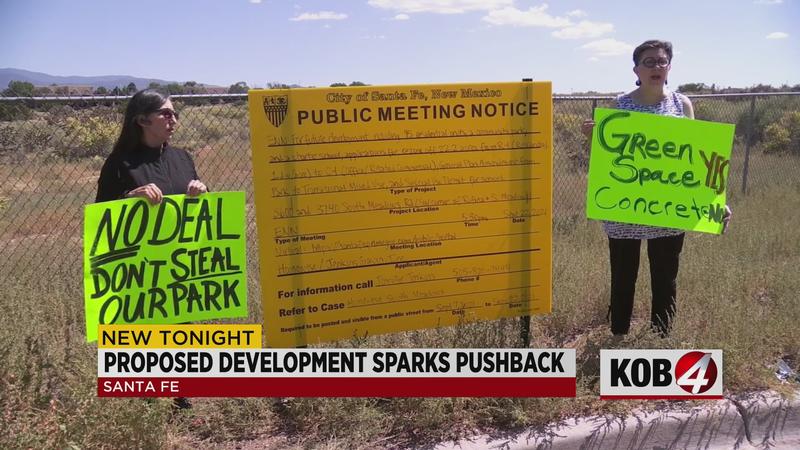