ROSWELL, N.M. – A proposed amendment to the state constitution, aimed at giving lawmakers a greater role in state emergencies, could get some attention in the upcoming 30-day legislative session.

State Reps. Greg Nibert, R-Roswell, and Daymon Ely, D-Corrales, will introduce House Joint Resolution 3, which would limit any emergency declaration by the governor to 90 days.

If a declaration needs to be extended, the governor would then be required to call the Legislature into a special session to discuss the circumstances of the emergency and decide the declaration’s future.

The measure comes as the governor’s COVID-19 state of emergency enters its second year.

Nibert says while most emergency declarations are short and for weather-related events, the Legislature should play a part in shaping policy and approving funding for larger emergencies. 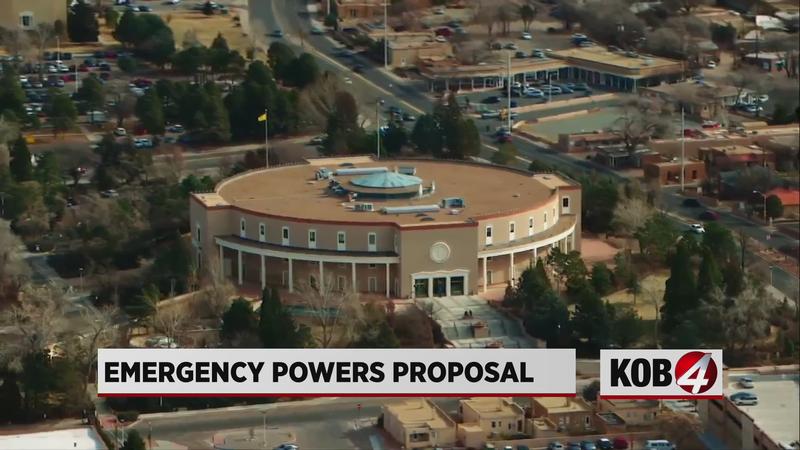 “It just seems to me that emergencies should not be a protracted thing without the legislative branch being involved,” Nibert said.

Gov. Michelle Lujan Grisham opposes such changes, saying they could compromise the ability of the state to effectively respond to emergencies.

The governor’s office said in a statement, “Nationwide we have seen clearly that states have benefited from being able to take immediate action to manage the pandemic, including New Mexico. There is no question that the executive’s ability to respond quickly has saved lives.”

The public health orders issued by the Democrat governor have been a target of frequent criticism by Republicans heading into the 2022 elections.

Nibert though insists the proposed amendment is not politically driven.

“I think the separation of powers should demand that we are at the table, that we are working with the governor in crafting policy that comes out and that our citizens have been subject to for the past almost two years now," Nilbert said, "and so I would say that it shouldn’t matter about party."

Nilbert introduced similar measures during the special legislative sessions and in 2021’s regular 60-day session. The proposal gained some traction in the 2021 regular session but the session ended before it could be taken up by the House Judiciary Committee.

Nibert said he does not know if it will get enough support to eventually go before voters but that there is bipartisan support for it among his colleagues.

“I think there are those on both sides of the aisle who recognize we need to do this,” he said.