ALBUQUERQUE, N.M. — A bottling plant that is seeking to expand its operations is stirring up controversy in Los Lunas.

Niagara Bottling is requesting double the amount of water access from the Village of Los Lunas, which would add up to more than 211,000,000 gallons of water per year.

“We all have concerns as to the usage of our resources in the village,” said Los Lunas Mayor Charles Griego.

Mayor Griego said the village council is considering whether to change its water agreement with the bottling company.

“The water usage is large and it will have an impact to our system, and we need to make sure that our system is sustainable,” Griego said. 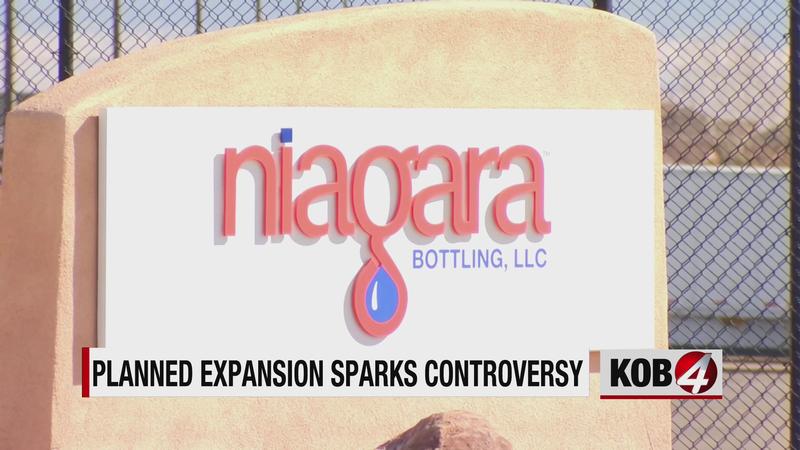 The expansion would bring more jobs to Los Lunas, however some people are concerned about the increased water usage.

On online petition that opposes the expansion has received more than a 1,000 signatures, reading in part, “the residents of Valencia County need this water.”

This summer we had a situation where we had two wells go down— basically cutting our ability to produce water in half. We want to make sure that if that does happen again in case of an emergency that we will be able to provide water to our residents,” the mayor said.

The village council is expected to vote on the proposed expansion Thursday.