ALBUQUERQUE, N.M. – About 50 protesters in Albuquerque gathered at La Jornada Saturday, carrying signs with various messages – all outraged that a jury acquitted Rittenhouse of all charges against him.

Organizers included the Albuquerque Center for Peace and the Party for Socialism and Liberation.

Protestors said they feel the system was rigged in favor of Rittenhouse and they are worried about the precedent this sets for other similar cases.

"It’s sending a message straight from the government that it’s okay to shoot into crowds of anti-racist protestors, but we are here to say that is not okay,” said Bex Hampton, protestor.

In the summer of 2020, during a protest over the Juan de Oñate statue that once stood in Albuquerque, police said 31-year-old Steven Baca shot Scott Williams multiple times.

"It will not be justice if Steven Baca is acquitted and he should face the charges. We will not stand by if he walks free in New Mexico,” said a protestor.

KOB 4 spoke with Bernalillo County District Attorney Raúl Torrez on Friday about Rittenhouse’s verdict, he said it’s a worry for him about what message it sends.

“One of the things that is concerning to me is that an individual who will look at this and think this kind of self-appointed vigilante activity is somehow acceptable,” said Torrez.

Baca is currently awaiting trial. He was charged with aggravated battery and unlawful carrying of a deadly weapon. 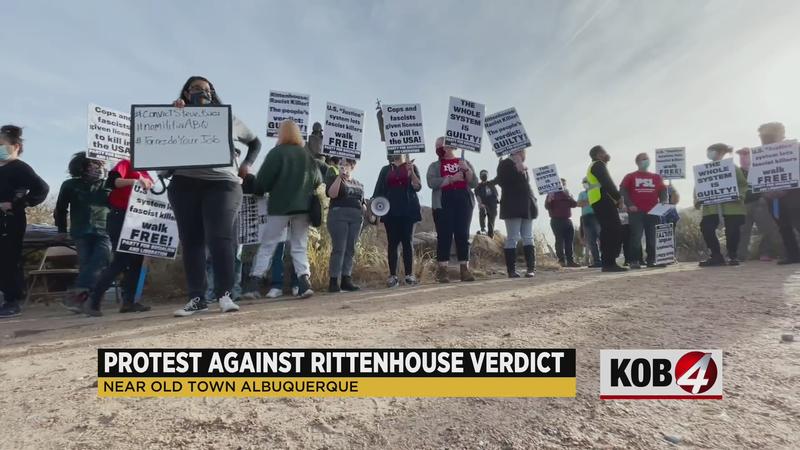