ALBUQUERQUE, N.M.- Some people who live near the Gibson Medical Center are not happy that the City of Albuquerque plans on turning it into a homeless shelter.

Tamaya Toulouse said she supports the city offering housing. However, she, and others, don’t trust the city to keep its promises, especially after spending decades revitalizing their neighborhoods.

"Over the last five or six years, it has declined," said Raven Green, who lives in the Elder Homestead Neighborhood. It’s become unsafe. The crime is rampant."

Green and Toulouse also say the city has not been transparent about the process. 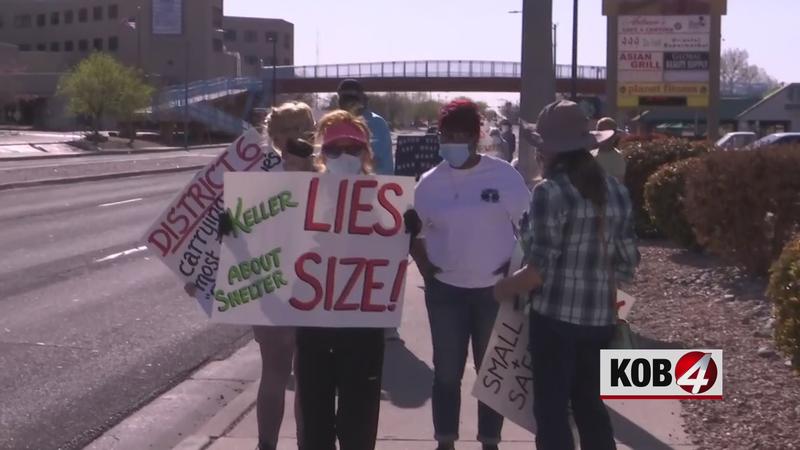 "We have not been consulted, and so it’s time to make our voices heard," Toulouse said.

They point to the survey, sent out by the city and input sessions that happened around major holidays, which they say led to fewer responses.

They also say the Gateway Center doesn’t fit certain criteria, like walkability, access to employment, and a central location.

"What does it need to have to be effective? Good transportation lines that Gibson line for buses is not anywhere in the middle of the city," Toulouse said.

"It’s concerning for everyone and people that live here, and the people that are going to be putting themselves in a vulnerable position going to the city, to try and get help," Green added.

People who live nearby are not in total opposition to the project.

"It could be a really good resource for our community because there are homeless people, my neighbors," said Bernadette Hardy, who lives in the South San Pedro Neighborhood. "They’re here already, and they do need somewhere to go to start that process to get off the street, or to get the help they need and the services they need"

The city said community engagement is key, so they’ve reached out to every neighborhood association after securing the Gibson Medical Facility.