ALBUQUERQUE, N.M.- Many people, including children, are expected to be dealing with mental health issues long after the pandemic is over.

“We’ve got children, adolescents and adults even calling me who need appointments, and they’re really struggling,” said Dr. Scott Carroll, psychiatrist, and founder of AyNI Neuroscience Institute. “I think it’s pretty universal. I don’t know anyone who is not affected somewhat.”

Carroll mainly works with children, teens and young adults. He said the pandemic has created a new surge of patients.

“Probably the most striking thing is seeing how some children and teens, especially teens after they’ve had COVID have very severe depression that just isn’t about anything going on,” said Carroll. “You know, they survived, no one in their family died. It’s like a neuropsychiatric reaction to the COVID.”

Carroll said the lack of in-person learning opportunties is not helping. 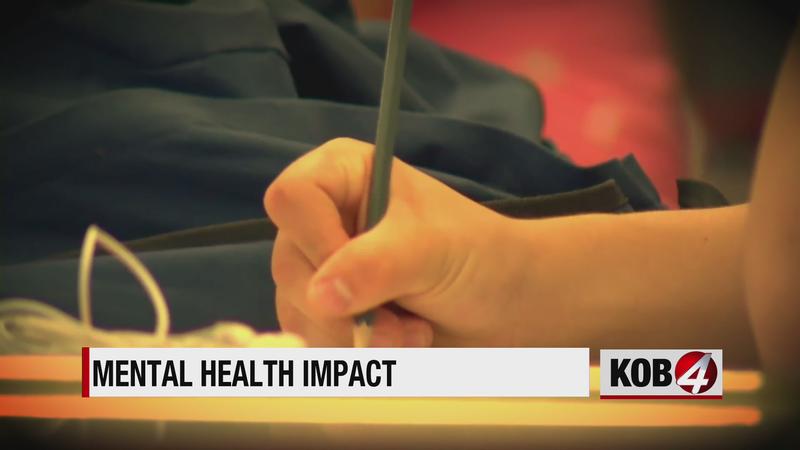 “We’re definitely seeing much higher rates on anxiety and depression as a result, and I’ve certainly even had some patients attempt suicide because they’re just so distressed over not having social contact with friends,” he said.

Carroll said there are things people can do to make sure children don’t fall into a deep depression.

“I think one of the things is really making it a concerted effort to maintain social contacts. So, even though they can’t get together in person, what I do see is the ones who have been able to maintain their friendships either online and through social media seem to have done the best,” he said.

While being isolated certainly makes things worse, Carroll said he believes sending students back to the classroom could be very risky to a vulnerable teacher population. He said the mental health crisis needs more attention.

“We’ve never had a lot of mental health resources for adults and especially not for children," he said. "We’re particularly lacking in people who are trained to see children and so when you have a crisis like this where the need increases, you know we didn’t have enough even when it was at normal level.”