ALBUQUERQUE, N.M. — The governor, Democratic and Republican legislators, the attorney general, state police chief and the Bernalillo County district attorney are all in agreement on the blend of bills needed to make New Mexico safer.

The highest priority bill would change pretrial detention rules, a system many blame on the so-called revolving door of justice. If passed, the bill would create "rebuttable presumption." In short, defendants accused of violent crimes would have to prove to a judge that their release before trial would not pose a threat to the community.

Right now, prosecutors must prove the opposite – that offenders should remain in jail because they are too dangerous to be in the public.

But the idea has roadblocks. The chairman of the powerful Senate Judiciary Committee, Sen. Joseph Cervantes, is on the record opposing rebuttable presumption.

Chris Ramirez: Is that an idea that at this point you’re on board with?

Joseph Cervantes: I wouldn’t say I’m on board with it. But I understand the frustration that’s leading to that solution. I don’t know that a rebuttable presumption is where we need to be going to solve the problem. But there is a problem – too many individuals are being released when they should be held. 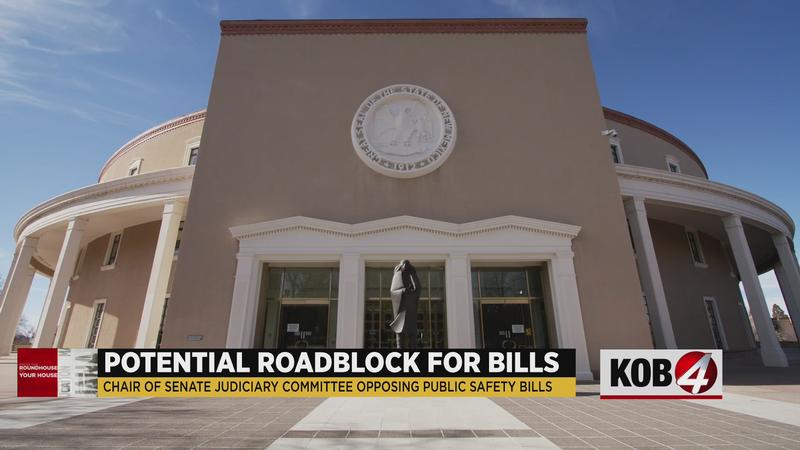 Democratic Gov. Michelle Lujan Grisham is also pushing a bill that would increase the prison sentence for anybody convicted of second-degree murder.

Chris Ramirez: It looks like there will be a couple of bills that increase prison sentences for a couple of different criminal convictions. Where do you stand on those kinds of bills?

Joseph Cervantes: I favor the idea of giving our judges the opportunity to do their job. That means trusting their discretion. Now, again, we’ve got to be holding judges accountable for that. We’ve got to make sure that the judges are doing that job well. But I don’t generally favor tying the hands of judges, because that’s essentially a vote of no confidence.

KOB 4 asked the governor what her message is to lawmakers, like Sen. Cervantes, who oppose her public safety ideas.

"The climate that we have is unacceptable," Lujan Grisham said. "And I think we need to get that message to those senators and I am inviting every New Mexican who is fed up about what is occurring in our state, in our communities and in our neighborhoods to reach out to Sen. Cervantes and others and really talk to them about the impact they believe this is going to make."

"If he doesn’t believe the solution we put on the table is the right solution, then I would encourage him to engage with us and put his own solution on the table," Bernalillo County District Attorney Raúl Torrez said.

In order for any of the crime bills to stand a chance, they have to make it through the Senate Judiciary Committee.

The committee is, in many ways, a gatekeeper to the full Senate and can shut down a bill’s momentum. As an example, in 2020, a House bill that could change how criminal records are handled in the hiring process died in the committee after passing the full House.

If the committee does discuss the public safety bills, it’s unknown how it would vote. Lujan Grisham and many top Republicans support them, which could put the bills’ fate at the feet of the governor’s fellow Democrats on the committee, who are six of its nine members.

KOB 4 asked a spokesperson for a comment from the other five Democratic committee members aside from Sen. Cervantes on whether they’re on board with the public safety plans and did not receive one.