ALBUQUERQUE, N.M.- The Virgin Galactic aircraft that reached the edge of space featured the Zia symbol.

It was a big sense of pride for Zia Pueblo.

"To me, I’m honored that it’s being used, and we’re getting recognition– national. It’s an honor going to space," said Zia Pueblo Gov. Jerome Lucero.

Lucero said Virgin Galactic asked for permission to use the Zia symbol.

In response, the pueblo asked Virgin Galactic to make a contribution to help fund their cultural preservation efforts. 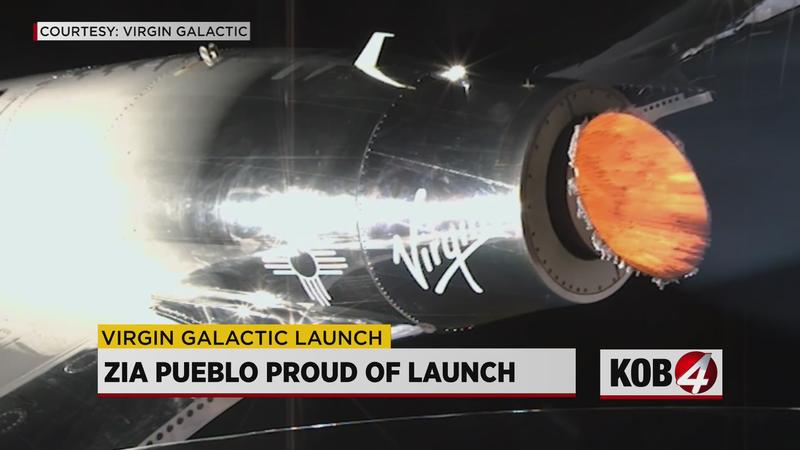 Lucero said the pueblo gets daily requests for permission to use the sun symbol, and it could take several months to give a response. He anticipates more requests coming in after being featured on the Virgin Galactic aircraft.