ALBUQUERQUE, N.M. — Despite the pandemic, film productions have had a good year in New Mexico, but now the state could be bracing for quite a different production in the world of romance.

Reality TV blogger RealitySteve has been putting out spoilers for The Bachelor and The Bachelorette seasons for years. According to a recent tweet, he said that the newest season of The Bachelorette will be filmed right here in New Mexico.

So far, that claim is unconfirmed. However, in previous seasons during COVID, show producers have picked resorts to isolate on.

Steve said he believes the Hyatt Regency Tamaya Resort and Spa, which is located a few miles outside of Albuquerque, will be the spot for all the romance.

“It is a wonderful place for people to fall in love,” said Julie Ferman, a matchmaker based in Santa Fe. 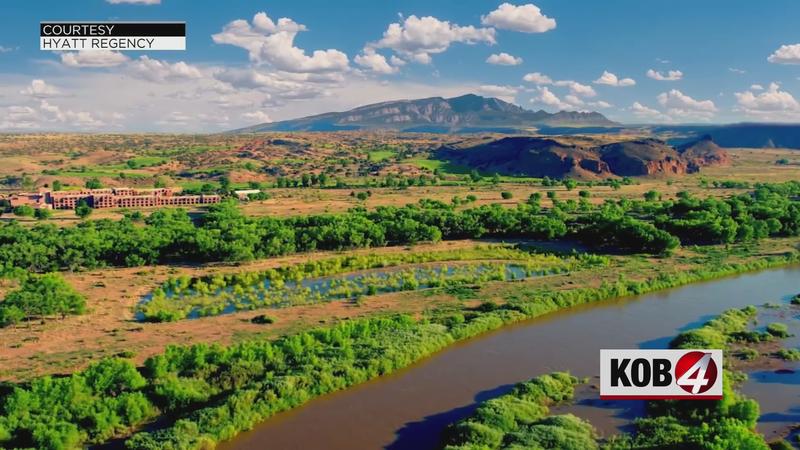 “I’m making matches left right and sideways I’ve tried to retire, but I’m no good at it,” she added.

If what Steve says is true, Ferman said people can expect to see dates in hot air balloons, hot springs, or on the golf course. She also had some thoughts about finding love on a TV show.

But over the years, Ferman said the contestants have to be pretty serious and have a sincere desire for commitment.

As for finding love in the Land of Enchantment, Ferman said she’s optimistic.

“I think love is easier to strike here in New Mexico than it is in Los Angeles,” she said.

“I think because we have a smaller community, people don’t miss their chances as much,” she added.

KOB 4 reached out to the Tamaya Resort and a spokesperson said, “It’s our policy to safeguard the privacy of guests.”

According to the Tamaya’s website, you can’t book anything from now until May—a 10-week block.

“Really when it comes to love, it’s about connection, compatibility, lifestyle, values and passions, and just that comfort level,” Ferman said. “And I hope that New Mexico will inspire that type of connection."

The newest Bachelorette and host haven’t been announced yet. KOB 4 reached out to the State Film Office, and they said they’d need 48 hours to respond.