ALBUQUERQUE, N.M. – In a tweet, the governor of Colorado bragged about how Colorado is tied for the least amount of shark attacks in the nation – zero. The map revealed one shark attack in the landlocked Land of Enchantment.

KOB 4’s Ryan Laughlin shows how a man got bit by a shark near downtown Albuquerque.

The only place to see sharks in New Mexico is the ABQ BioPark Aquarium. At the BioPark they have over 15 different sharks and they say the incident happened back in 2005 – but the term "shark attack" doesn’t really apply to this incident.

Kathy Lang first heard about the New Mexico shark bite incident on Tuesday. She’s the aquatics manager at the BioPark Aquarium and she used to be a diver at a different facility.

"I knew, instantly, that it was not an attack,” she said. “Things happen, you’re just, you know, your hands are around mouths sometimes. I think this is the first time, that I’ve heard of, that we’ve actually had a shark bite one of our divers."

KOB 4 was there the first and only time a shark bit a New Mexican more than 15 years ago.

"Sand Tiger Sharks, I believe they’re also known as a Ragged-Toothed shark because they are one of the species that you can really see their teeth protruding," Lang said. "In this case, the diver was already done with his dive. He was up at the surface just kind of getting ready to get out, maybe treading water a little. Made contact with a shark’s mouth…. the shark, like any fish, is going to react a little bit, so there was a little bit of movement which caused some bit of injury."

The diver had a couple of cuts on the arm, but nothing too serious. 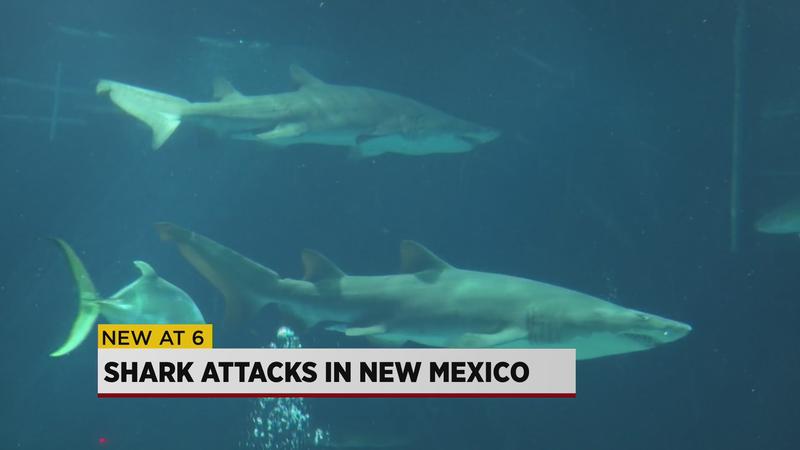