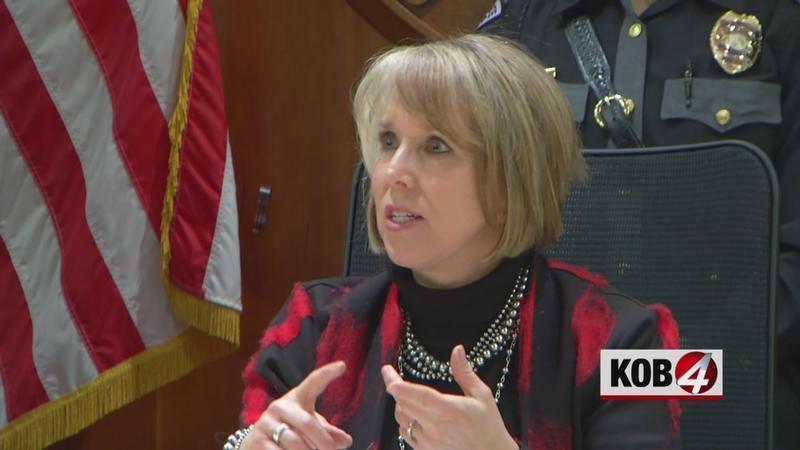 SANTA FE, N.M. (AP) — New Mexico Gov. Michelle Lujan Grisham’s political committee has paid at least $62,500 to settle allegations by a former campaign employee who says he was sexually harassed by the governor, according to campaign finance filings and the governor’s re-election campaign spokesman.

Hallinan, who worked as a spokesman for Lujan Grisham’s 2018 campaign for governor, has accused her of dropping water on his crotch and then grabbing his crotch in the midst of the campaign staff meeting.

Lujan Grisham campaign spokesman Jared Leopold confirmed Tuesday the payments were linked to a settlement to resolve “dubious and disputed” potential claims by Hallinan and avoid the distraction and cost of litigation.

Leopold said in an email that the governor, her campaign organization and a state-employed adviser “deny that there is any merit or truth to Mr. Hallinan’s claims.”

Lujan Grisham spokeswoman Nora Meyers Sackett also says the claims made by Hallinan are false and without merit.

Hallinan has referred recent questions to his attorneys, Kenneth Stalter and Rachel Berlin Benjamin, who say that any differences between Hallinan and the governor have been resolved and that they cannot comment further.

The first payment to Hallinan’s legal counsel dates back to November 2020, when Lujan Grisham was in open contention for a possible Cabinet position with the administration of President Joe Biden.

It is unclear whether Hallinan’s harassment accusations ever were independently vetted.

The incident allegedly took place at the home of state Rep. Deborah Armstrong, a former campaign treasurer and private business partner to Lujan Grisham. Armstrong has said she never witnessed anything inappropriate.

Leopold and Sackett offered no response when asked whether the governor has been the focus of any other accusations of harassment or misconduct or participated in any other financial settlements or nondisclosure agreements. They declined to say whether further payment is still due to Hallinan.