ALBUQUERQUE, N.M. — The Rehoboth McKinley Christian Hospital could possibly close in just two weeks. Thousands of patients who rely on the Gallup facility are worried about where they would get care.

McKinley County officials confirmed the hospital has enough money to stay open for 10 to 15 days.

However, the woman in charge of the hospital’s finances – until yesterday – said the situation is actually much more dire. KOB 4 spoke with the hospital’s former chief financial officer, who broke down the far-reaching impacts of the situation and why she was fired without an explanation.

"The hospital is in such a financial state that it cannot afford basic supplies to take care of our patients, including toliet paper, pulse ox’s," said Chantelle Venter, who was the interim chief financial officer for RMCHCS until Tuesday, when she said she was suddenly fired.

Security escorted Venter out of the facility the morning after a community meeting where she presented her plan to turn the hospital’s financial situation around. 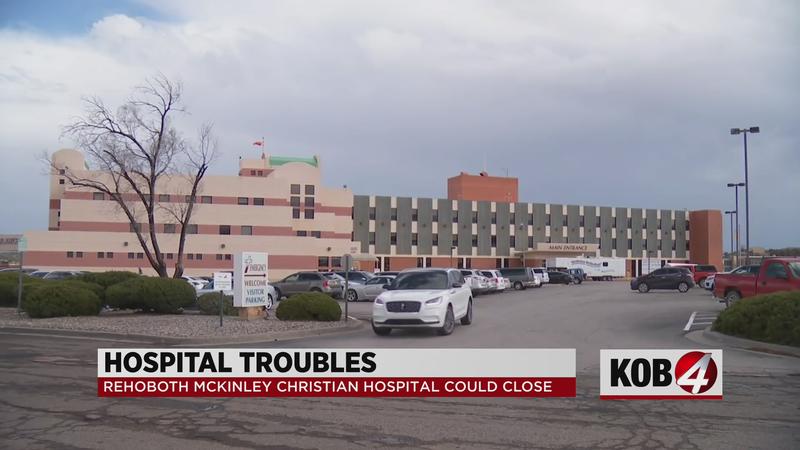 "Speaking on behalf of the hospital, the current situation is dire," Venter said. "I’m not going to sugarcoat it. In fact, I am a turn-around CFO, and I am often called into situations where hospitals are usually in a bankruptcy situation."

Venter said the hospital is actually down to three days of cash on hand.

KOB 4 asked how the county is working with RMCHS to keep the doors open.

"Right now, we’re heading in the right direction, with the county currently being able to control the board, or appoint the board members," said Billy Moore, McKinley County commissioner and chairman.

While commissioners plan to appoint a new hospital board within the next 10 days – appointments don’t mean more cash flow. A new board will inherit the same lack of funding. If the hospital closes, the closest option for patients in the area is an hour away.

Venter said the devastation would also carry over to Gallup’s economy.

"When you’re looking to bring in new businesses, or, you know, building schools or adding infrastructure, it’s the hospital staff and their spouses that work in the area," Venter said. "They’re the ones that take those additional jobs. It’s outside businesses thinking about moving in, wants to make sure that their staff can have a place where they can have sustainable health care."

An RMCH representative sent KOB 4 a statement, but it only addresses medical and office supply shortages – nothing about a potential closure.

“It has come to our attention that reports are circulating in the community our hospital is experiencing shortages in supplies such as medical durables and even office supplies. We at RMCHCS sincerely value the community concern and involvement in our hospital; however, donations are not needed as we indeed have all needed supplies.”