But just three weeks before this year’s mass ascension, Martin passed away at the age of 74. Apodaca said he lived a full life here in Albuquerque.

"He raced cars, he’s been in the newspaper several times from doing dune buggies and different things, and he just really helped support lots of different things here in Albuquerque," Apodaca said.

Martin’s favorite thing to support was the Balloon Fiesta. In the event’s 49-year run, he attended 48 – starting with the very first Fiesta back in 1972. Only 13 balloons lifted off from the Coronado Mall parking lot. 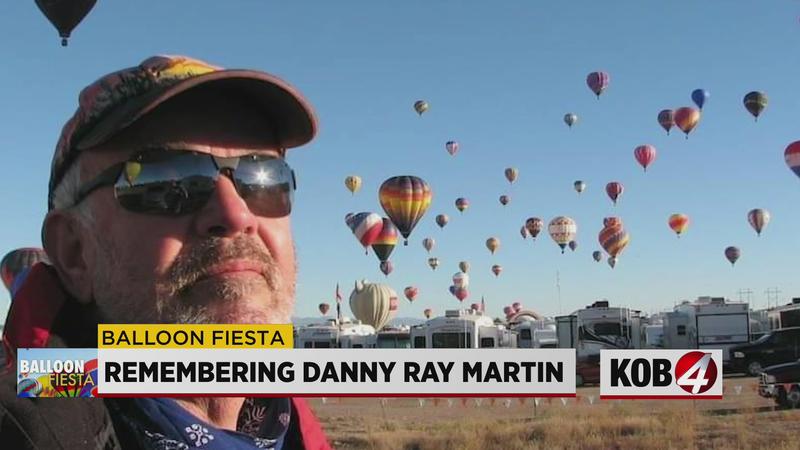 Apodaca said that over the years her father watched the ballooning event grow into the biggest in the world. He also turned it into a family tradition.

"When we were kids, we would always go and camp at the balloons," Apodaca said. "Like that was our thing, and everybody knew, so lots of our friends would come. We would have family come into town from all over the country. Everyone wanted to come, and my dad would almost act like a tour guide."

Martin would go above and beyond at each Fiesta and was willing to help in any way possible.

"He was so cute," Apodaca said. "He would get passes for the neighborhood. He would help direct traffic. He did so much just in his little bit that he was capable of."

This year, Apodaca says the family plans to keep the tradition going in his honor.

"My husband and I are taking our RV and our children out to camp for several nights to watch the balloons," she said.

Even though Martin can’t be with them, in person, his family says they believe he’s still enjoying the show.