Rent on the rise in Albuquerque

"We’ve never seen this kind of demand in Albuquerque," said Chuck Sheldon with T&C Management. He has about 2,000 units in 200 properties in the city.

Sheldon said the market price of apartments is at an all-time high.

"We’re seeing a lot of new demand coming in and before all this happened we were about 15,000 units short in the metro area for apartments and houses, for rentals, so we already had something that was tight," Sheldon said.

Reilly White, an associate professor of finance at UNM, said rent has gone up nationwide by about 11% – and by more than 17% in Albuquerque. 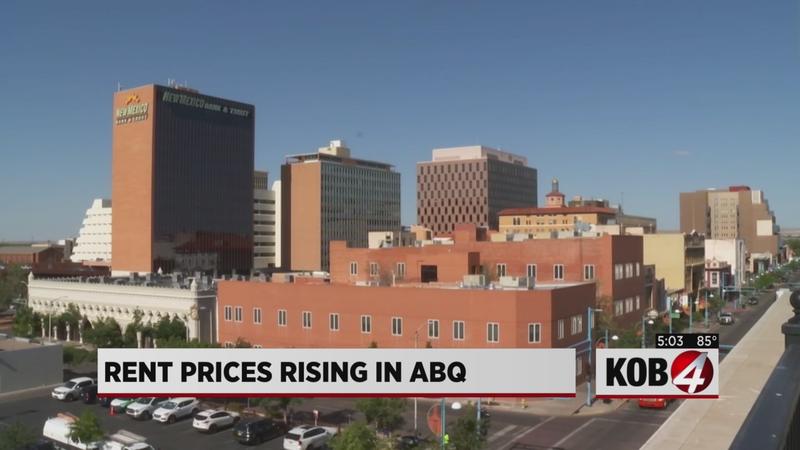 "Back in 2020, a year ago, a completely different market," White said. "We were undergoing an economic recession due to pandemic closures. The number of households in the U.S. actually shrunk. We reached a smaller level, landlords were offering incentives to fill units. Now, people have more confidence in the job market, they’re changing jobs, they’re getting new jobs, and what that means is that’s putting more price pressure up on rent."

Big companies like Intel, Amazon and Facebook are also bringing hundreds of new jobs to the metro area.

"So on one hand, you think, oh my goodness, it is always good news to see job growth, it is always good news to see companies coming in and hiring New Mexicans and being part of the economy," White said. "But it also does increase rates because there is a delay. When we start bringing in companies and bringing in other sources, what happens is it takes a while for construction to catch up."

White predicts that rent rates won’t go down anytime soon. In the meantime, experts said many renters are going to be forced to downsize.