ALBUQUERQUE, N.M. – Domestic violence can come in so many different forms. But the national spotlight on the Gabby Petito case is sparking a much more serious conversation about risk factors.

There are certain forms of abuse that can actually be an indicator of the likelihood of death, according to domestic violence experts.

A person involved in a domestic violence attack of choking or strangulation is more than 750% more likely to be killed by their offender in the next year, according to Gail Starr, clinical coordinator for Albuquerque Sexual Assault Nurse Examiners (SANE).

“It actually takes about 7 seconds occlusion of the blood vessels to make someone unconscious and then they start a brain injury,” said Starr.

While domestic violence in every form should be taken seriously, there are indicators for experts that a situation could turn deadly.

“Some of the red flags we want to pay attention to in the field of homicide prevention is strangulation and actually stalking,” said Starr.

Sprague specializes in domestic violence, sexual assault and stalking. She said in 2018 the state legislature made strangulation a trackable felony offense. Sprague said some –even small studies – identify a link between strangulation and homicide, not just to their partners.

“Some of the numbers I’ve seen say approximately 82% of offenders who kill law enforcement have a strangulation history,” said Sprague.

Those injuries aren’t always visible, but they can last long term.

“If you see it in a co-worker, if you see them in a friend, just acknowledge that this is a very serious thing, not to be blown off even if they don’t see anything,” said Starr.

Albuquerque SANE and New Mexico Legal Aid are resources for domestic violence, along with a number of other nonprofit organizations like the Domestic Violence Resource Center.

Just because you walk through the door does not mean law enforcement has to get involved. SANE can provide other domestic violence exams, not just rape kits they’re known for. 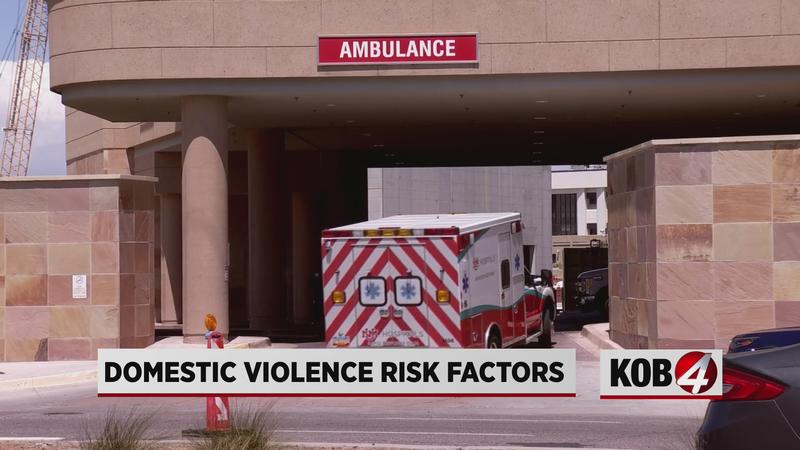