ALBUQUERQUE, N.M. – New Mexico saw a few good snow storms this past winter but how much snow actually stuck around?

Rivers and groundwater supplies rely on that spring run-off, but without it those drought conditions deepen.

It’s a tale of two regions this year when you look at the snowpack values across New Mexico. Up north in the Sangre de Cristo Mountains and in the upper headwaters of the Rio Grande, the snow pack values really aren’t all that bad, they’re near normal for this time of year.

"When we say it’s close to normal, those normals have been updated this year. And so the normals that we’re talking about now are maybe 10% lower in terms of water content than they were last year," said Andrew Mangham senior service hydrologist with the National Weather Service.

This means if this was the same time last year, we’d be talking about snow packs that were all uniformly ‘below’ normal. And even with these updated “normals,” southern New Mexico – like in the Pecos River and Gila mountains – it’s still well below normal.

"We’re down at like 5% of normal and some of those basins 40% is one of the big winners down south. And that’s not very good," said Mangham.

After being through such a dry winter, it’s not great news for the water supply or the fire danger. Everything is kind of dormant at best, really dry and dying on top of that there’s an enormous amount of fuel out there this year.

Going forward, the Climate Prediction Center’s outlook from April through June also paint a bleak picture, with a good chance of warmer than normal temperatures and lower than normal precipitation amounts. 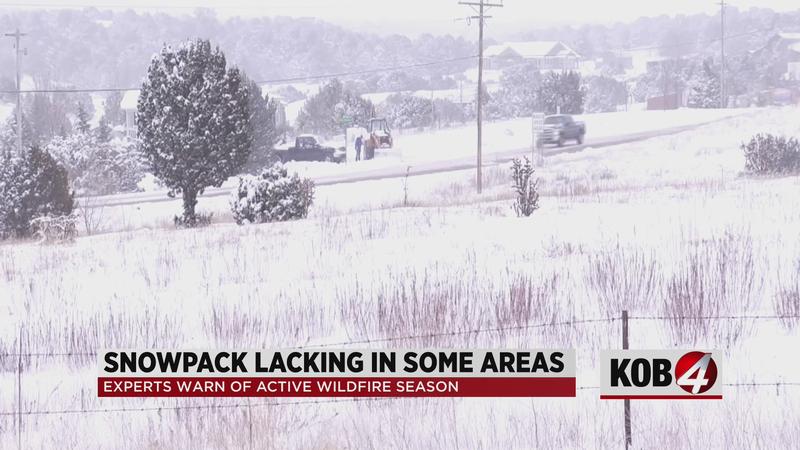