ALBUQUERQUE, N.M. – A new report says New Mexicans lose billions of dollars a year because of rough roads. But there’s an opportunity to turn that around.

The report also shows more than half of New Mexico’s roads are in either poor or mediocre condition.

“As road conditions deteriorate, it puts more stress on vehicles. So, not only do they need more routine maintenance, and they’re burning more fuel, but their life span is diminished,” said Rocky Moretti, TRIP director of Policy & Research.

All that extra strain is hitting the state’s driver’s right in the wallet.

According to TRIP, Albuquerque drivers shell out more than $2,600 each year to cover additional maintenance, repairs, and gas due to poor roads. Altogether, New Mexicans are losing around $3 billion because of poor roads.

“Full stop, I believe that our roads continue to crumble all around us, and the monies that we have available right now should squarely be invested in rebuilding those roads. Because if we don’t we’re going to see impacts to New Mexicans for generations,” said Sen. Michael Padilla.

Thanks to the passage of the bipartisan Infrastructure, Investment and Jobs Act, New Mexico lawmakers have millions of dollars to invest in fixing the roads.

“It looks like we’re going to invest again $170 million into our roads, our highways and our bridges. It’s something that’s absolutely needed. It’s a drop in the bucket compared to the need, but it’s a step in the right direction,” said Rep. Rebecca Dow.

According to the TRIP report, the New Mexico Department of Transportation has identified $5 billion worth of needed infrastructure projects across the state.

New Mexico expects to get more than $2.5 billion from the feds over the next five years for road and bridge projects. There’s also state gas tax money and even some American rescue plan funding that can be put toward infrastructure projects.

“I really hope that people in New Mexico work really hard to reach their legislators because this is the time to get your project done because monies are available,” said Padilla. 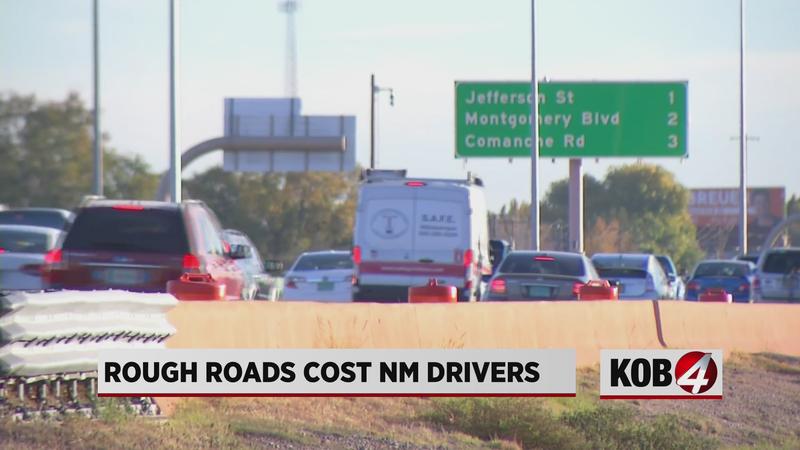