“Revenues are coming in higher now than where we thought they would be based on the forecast,” said chief economist for the Legislative Finance Committee Dawn Iglesias.

Iglesias presented a new Post-Session Fiscal Report to the Revenue Stabilization and Tax Policy Committee to help guide state priorities before the next session.

“We try to help inform the committee and some of the issues we still know are outstanding,” said Iglesias.

She said data shows they’re tracking more in the way of gross receipts taxes and oil and gas collection. The passage of a federal stimulus also translated into positive economic impacts, according to Iglesias. 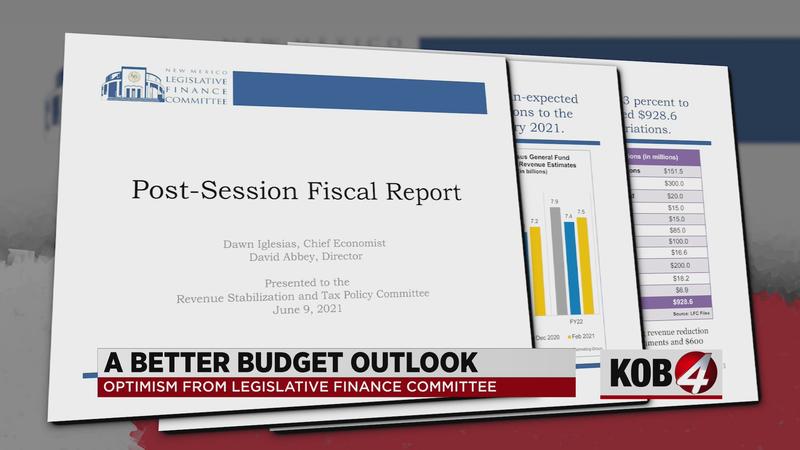 “We call it cautious optimism because it’s better than we expected it to be, but it is still less than what we collected last year in fiscal year 20. So collections, still down, there’s still a revenue loss,” said Iglesias.

But more revenue than forecasted means taking less than expected from the state’s reserves.

“It allows us a sort of cushion from one year to the next, so we wouldn’t necessarily need to cut budgets, or not as much as we otherwise would have to. You wouldn’t have to raise taxes to generate more revenue to avoid cutting budgets,” she said.