Report warns of even higher gas prices on the way

ALBUQUERQUE, N.M. – International sanctions and the prospect of war are rattling world markets – sending oil prices soaring. New Mexicans have been feeling those effects at the gas pump.

An expert says those gas prices could get even higher. Gas Buddy says people are already seeing the highest gas prices since 2014.

Right now, the current average cost in Albuquerque is $3.45 per gallon. That’s actually down from $3.50 about a week ago, but analysts are warning drivers to expect the worst.

"It’s possible that Albuquerque and New Mexico gas prices could get close to or maybe even surpass $4 a gallon, in a worst case scenario with Russia," said Gas Buddy Head of Petroleum Analysis Patrick De Haan.

Gas Buddy is predicting those gas prices will keep going up as the conflict between Russia and Ukraine continues. Especially now that the White House is moving forward with sanctions against Russia.

“The concern is that they could disrupt or slow down oil exports to inflict a good bit of pain on the global economy," said De Haan.

Russia currently produces roughly 10% of the world’s oil and very little of that actually ends up the U.S. But experts say Americans will still end up paying the price if Russia cuts off its supply.

"Oil is a global market. Everyone’s connected together, you have all of these countries, the U.S., Russia, Saudi Arabia, that are essentially filling a pool of oil that’s available to oil consumers globally," De Haan said.

Gas Buddy representatives predict people could be paying an extra .70 cents per gallon by Memorial Day. But adding those higher prices could actually help drive costs down in the long run.

"The higher prices go, the more Americans want to stay home and stop filling up. And so it’s that system itself,” said De Haan.

He says people could see a noticeable drop in prices by the end of the year. But for now — don’t expect any miracles at the pump.

De Haan says there’s really only two good ways to get cheaper gas. First, take a minute or two to search for the cheapest gas in the area. And second, just slow down. Cars are often more fuel efficient when you keep a steady speed. 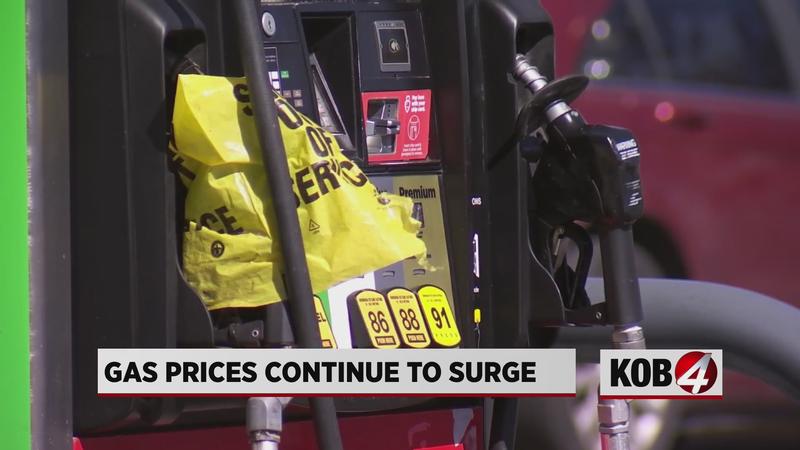