Reports of fires skyrocketing in Albuquerque

ALBUQUERQUE, N.M.- Albuquerque Fire Rescue has been responding to more fires over the past two months.

AFR reports that it received 106 calls in December and 103 calls in January.

"The numbers are literally off the charts," Mayor Tim Keller said Friday.

City officials say fire calls usually increase during the winter months, but they say there is no obvious reason for the latest spike.

AFR Chief Paul Dow said his dedicated firefighters have been working hard and training to keep the community safe. 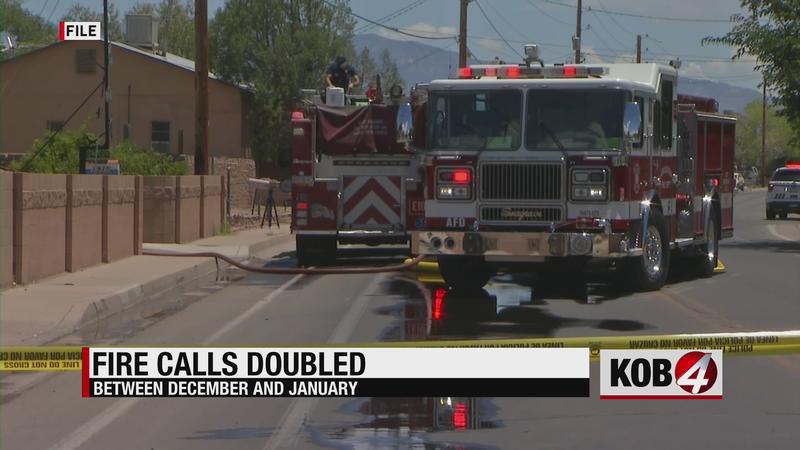 "They worked in freezing temperatures, with wet gear and lack of rest, all under difficult conditions," he said.