ALBUQUERQUE, N.M. — In a letter sent this week, Republican legislative leaders wrote to Gov. Michelle Lujan Grisham asking her to call a special session, describing the situation in New Mexico "as a public emergency as the increasing crime rate only seems to get worse with each passing day."

The letter stated that the state can’t wait until the next legislative session in January.

In a recent interview – before four APD officers were injured and before a middle school student was killed while at school – Lujan Grisham told KOB 4 that shewouldn’t shy away from calling a special session just to focus on public safety.

"Put your money where your mouth is," Montoya said. "That’s exactly why we sent her a letter now. You said you’re open to the idea, the public is clamoring for it, and let’s see if she actually represents the people or not." 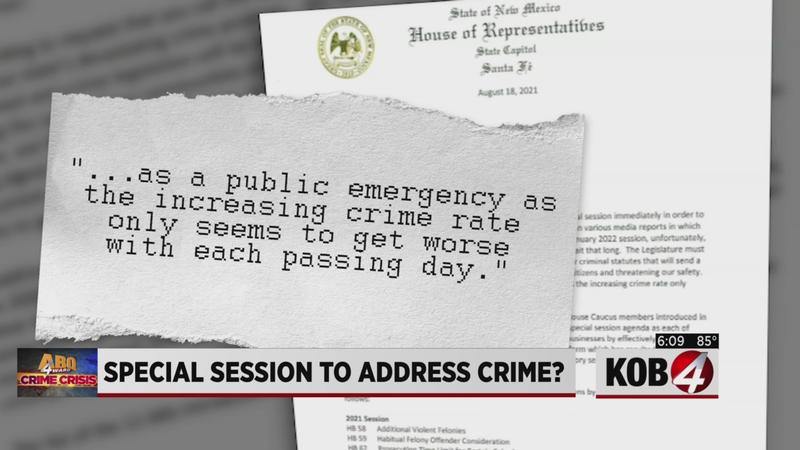 KOB 4 reached out to the governor’s office Thursday about whether she would call for a crime-focused special session. A spokesperson said there are no plans to call a special session right now, but the governor is working with legislators on developing ideas.