4 Investigates revealed the governor’s team made 153 grocery store trips in 2020, buying more than $16,000 worth of food. At the time, no events were taking place at the mansion due to the pandemic.

The governor’s spokesman said the food was for meetings, but many of the receipts revealed high-end beef, luxury food items and alcohol.

"I will confirm with you that an examination is being done on this set of circumstances, and thank you for your investigative journalism," Colon said. "We at the Office of the State Auditor take every complaint placed with our office seriously." 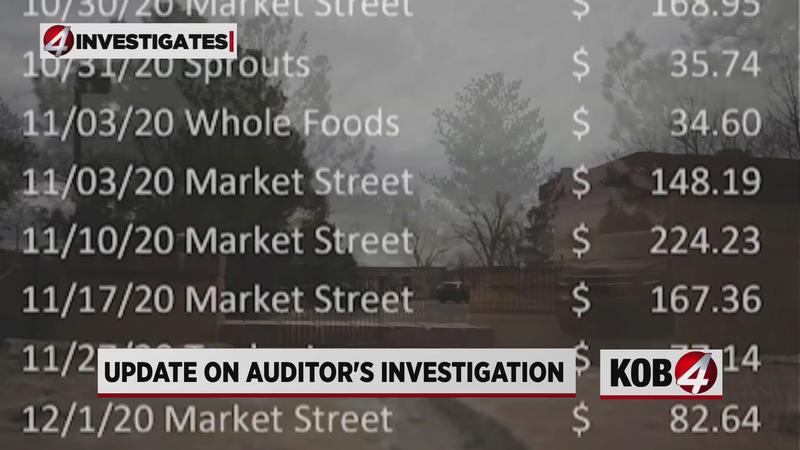 Senate Republicans sent a letter to Colon, trying to determine where the investigation stands.

"After more than a month, we have not received your findings and we would respectfully request an update on the status of your investigation," the letter states.

Colon’s office responded to the letter, saying it couldn’t comment on ongoing examinations, adding, "To rush any examination due to external pressure would not be appropriate."

"Was it ok? No. Was it expected? Yes. And that is exactly the purpose of the letter, in part, to say "Hey we are still keeping an eye on this. The public still needs to get some answers as to what was going on there," said Republican Sen. Greg Baca.

The legislation that governs how the fund is spent spells out what it cannot be used for, but the law is unclear about what this fund can be used for.

Baca believes the legislature may need to work on clarifying the language of the law.