SANTA FE, N.M.-The House Republicans are calling for an extraordinary session to sort out how to spend $1.75 billion in federal money that was sent to New Mexico.

During the last regular legislative session, lawmakers said the money should be used to replenish the state’s depleted unemployment insurance trust fund.

"That is going to be critical to employers all across New Mexico because their unemployment rates are going to skyrocket with the influence of the pandemic data being put in,” said Rep. Jim Townsend.

But Gov. Michelle Lujan Grisham vetoed those plans, claiming there is no guidance on how to spend the money yet.

She also claimed – those allocations “are to be decided by the executive branch, not the legislature.” 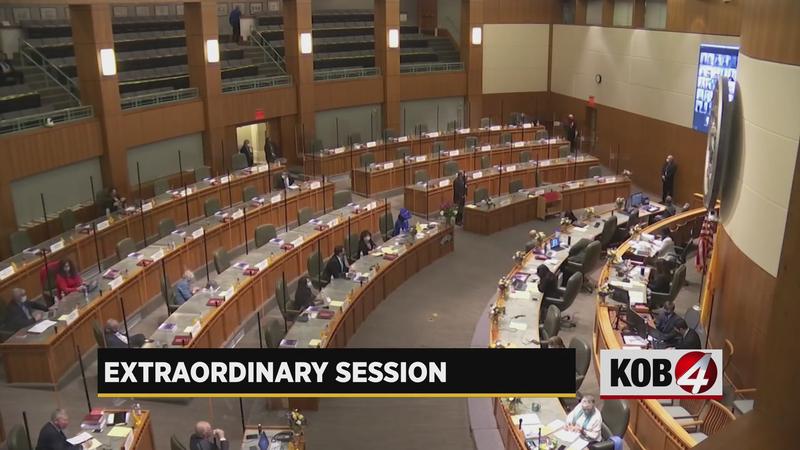 House Republicans would need 3/5 of both chambers to call an extraordinary session on their own.

“Well, I’m pretty sure 24 in the House will sign on pretty quick, we’ll have to get the balance of them to sign on but there are a number of members on the majority side that I have talked to, that believes the process the governor is using is erroneous, is not transparent, it is not what is right, whether or not they will sign on or not, I don’t know for sure,” said Rep. Townsend.

But the governor’s spokesperson said plans for the money are already in the works, and reiterated the governor’s claim federal contributions are not under the legislature’s power.

“The governor has talked to all legislative leadership, including the Republican leadership, about some aspects of the federal spending she plans to prioritize. Information on the administration’s plans for the federal funds will be coming soon and we look forward to allocating them to effective and impactful use benefitting New Mexicans across the state. Replenishing and strengthening the UI fund remains a priority," said Nora Meyers Sackett, spokesperson for the governor.

House Speaker Brian Egolf is confident lawmakers and the governor can come to an agreement without an extraordinary session.

"We don’t need to fight on this. Both sides of the Legislature can have robust conversations with the Governor on how to spend these dollars. It’s entirely a waste of everyone’s time to be focused yet again on another Republican stunt but sadly, that’s what Americans have come to expect from their party," Egolf said.