ALBUQUERQUE, N.M. – Tailgating season is far from over which means good food is being cooked up for various tailgate and watch parties everywhere.

After all, good food makes for the perfect tailgate. It is often why people show up for parties with a big appetite and wondrous eyes.

Bubba’s 33 chef Vanessa Quezada has experience cooking up an assortment of tailgating foods.

First up on the menu: Wings. 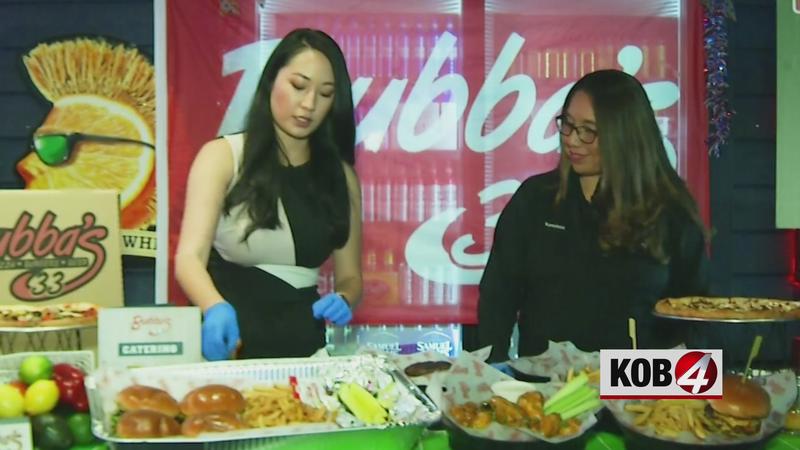 At any good tailgate, there are plenty of options – BBQ, teriyaki, garlic – and Quezada had a habanero heat sauce for our wings.

"That’s probably the spicier of our sauces," she said. "You’ll see when it coats, it’ll coat your wing very well. It’s very juicy."

The trick to a perfectly-coated wing, Quezada says, is to make sure your wings come straight out of the fryer and into your sauce. Another helpful trick is a good wing toss.

"You’re just going to have to flip that wrist. You want to flip it and, don’t be afraid, you’ll start coating it," she explained.

If you’re feeling brave, you can also try the hand method. Beware, however. It can be tricky.

If you’re like me and you prefer a saucier wing, feel free to put some of the leftover sauce on top – and don’t forget the taste test!

Pro tip: Dry rubs tend to be better for wings that will be sitting out for a while. Pizzas are also a good Plan B.

Getting back to the menu, we have burgers.

Smaller patties take less time to cook and might be a better choice if you have a lot of hungry guests. If they’re picky, Quezada also recommends having tomatoes on the side – and you can add bacon, green chile, mushroom, sauteed onions and other toppings.

Personally, I don’t like to waste stomach space on garnishes as I’m a no veggie zone so I’m going to throw on some green chile. In this instance, it’s BYOB – Build Your Own Burger.

Of course, you have to have bacon and while there is the option to put a lot on a burger, I always like to rip up my bacon so I can get bacon in every bite.

Another taste test and, like the wings, it has earned an oh-so-good and tasty part of a tailgate or watch party menu.