ALBUQUERQUE, N.M. — Restaurants like D.H. Lescombes Winery and Bistro have been struggling to hire enough staff these days. Some leaders in the restaurant industry said they believe it’s because employees are deciding to stay on unemployment or leave New Mexico altogether.

"I’ve been in restaurants for 30 years now I’ve just never seen nothing quite like this,” said Wayne Moore, director of bistro operations at Lescombes.

Moore said they’re short-staffed at all their locations across New Mexico, mainly because people are choosing to stay on unemployment. However, they’ve also lost some employees to restaurants in other states.

"We’ve had people we’ve had in our ranks for getting into our management program, they just didn’t trust what was happening, so they chose to go elsewhere,” Moore said.

Carol Wight, CEO of the New Mexico Restaurant Association, said restaurants around the state are seeing the same thing: employees moving to other states for better job security. 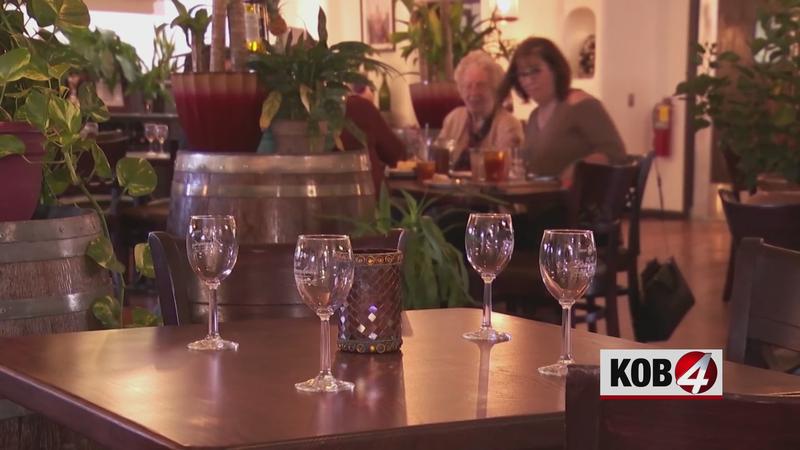 "States like Texas and Arizona didn’t have the restrictions that we had here in New Mexico,” Wight said.

"I had one gentleman in southeastern New Mexico, he said, Carol, even if we got open to Turquoise I couldn’t open my business that much because I lost three of my chefs to Texas, and that’s more widespread than I think we understand,” she added.

"And the unfortunate thing is here we are, we’ve been complaining about the brain drain in New Mexico, which is we educate them and then other states get them. Now this is kind of the opportunity drain where these are some of the most motivated employees, the ones that didn’t want to take unemployment, and they’ve moved away, and most of the time it’s going to be a permanent move,” Wight said.