The New Mexico Restaurant Association said the lack of workers led many businesses to reduce hours or flat out close a few days a week.

"There’s just nobody out there to hire," said Carol Wight, CEO of the New Mexico Restaurant Association. "We thought we would get out of the pandemic and be just fabulous, and instead restaurants are struggling."

Wight said the third dining shutdown that came in Nov. really hurt, and she claimed it made many workers leave the industry or state for good. "You’re expecting restaurant experience, and you’re not going to get that right now," he said.

New Mexico is in the second week of the state’s incentive to offer people as much as a $1,000 to get a job. 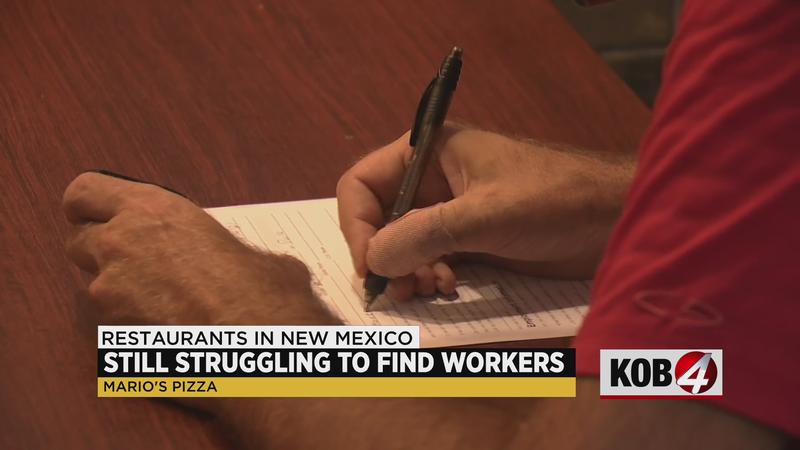 Mario’s Pizza’s co-owner Eddy Burgarello said he hasn’t seen a difference, instead he saw an interesting message on a job application.

"He filled out an application, and he put on there, (under) reason for hiring here, need to for my unemployment," he said.

Loyal customers have helped Mario’s do well financially, but it’s the lack of workers holding them back.

“Now that the dining rooms are open, we can’t get any servers and cooks and other employees. It’s very difficult," said Burgarello.

When Burgarello heard the growing criticism that restaurants don’t pay their workers enough, he said with tips his employees do pretty well.

Unemployment benefits are set to be reduced starting Sept. 15th.