SANTA FE, N.M. – You can plan all you want – but fires are unpredictable. Even for a man who dedicated his life to fighting them and saving lives.

The retired assistant fire chief was home with his five grandchildren, and his son and daughter-in-law when the fire started in the backyard. Almost everybody made it out safely, but Bolleter was not so lucky. He is in the hospital with burns to his body.

“You just knew like this was going to be devastating for people,” said Luke Dorman, a neighbor who saw the fire Friday.

It happened in an instant.

“I heard the propane tanks, they were probably the smaller tanks for the grills,” said Veronica Moya, another neighbor.

Flames devoured the Santa Fe home, destroying just about everything in its path.

“I couldn’t believe my house was burning,” said Jo Ann Bolleter, as she drove home on Friday.

It was a home so special and full of so many memories. Bolleter said Ted grew up in that house and raised his family in that home.

“When we arrived, there was flames coming out of the second story. We were able to extinguish them within 30 minutes,” said Chief Moya.

The Bolleter family believes it may have been caused by a stray ember. They were planning on cooking outside in their backyard oasis, now they are just reminding themselves how lucky they really are.

Family members said they are hopeful the home they created so many memories in will live on.

“We will rebuild,” said Bolleter. “Not the way it looks now. It will be a smaller home. But we’ll still have memories there.”

With the help of so many people, now coming to their rescue

A Santa Fe firefighter was also injured in the blaze. Bolleter is still at UNM Hospital in Albuquerque. Folks with the fire department said he has a long road ahead but he is expected to be ok.

A GoFundMe page was set up for the Bolleter family. 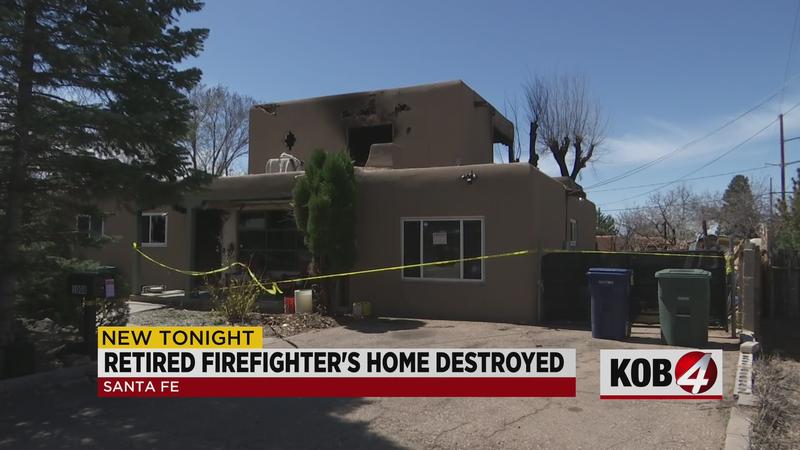