"I am thrilled to formally open the NBCUniversal’s New Mexico production facility," New Mexico Gov. Michelle Lujan Grisham said. "Despite the pandemic, we’ve had one of our best and most productive years — if not our very best year ever — with the film and television industry."

NBCUniversal signed a 10-year lease with Garcia Realty and Development for the production space in Albuquerque in June 2019. What used to be an empty warehouse is now a state-of-the-art television and film studio with two sound stages, offices and a mill.

“We are proud of what we have accomplished so far through our venture with the Garcia family and look forward to growing our production profile across the state, contributing to the continued development of the talented New Mexico workforce," said Veronica Sullivan, the head of Global Production External Affairs at NBCUniversal. 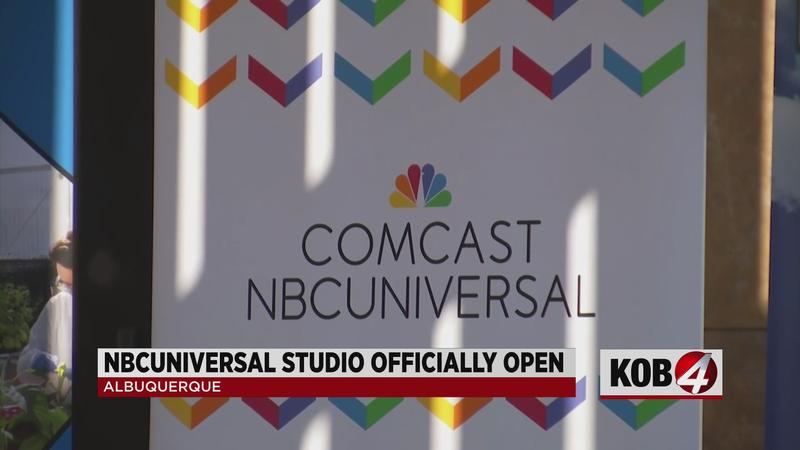 According to an economic analysis by the state, NBCUniversal should provide more than 800 jobs annually.

This summer, "MacGruber," based off of a "Saturday Night Live" sketch, will begin filming at the facility through August. The comedy series stars Will Forte, Mickey Rourke, Kristen Wiig and Ryan Phillippe.

"MacGruber" will hire about 225 local crew members and 61 local actors and stunt players. About 850 New Mexicans will also have the opportunity to become background actors.

The ribbon cutting has officially happened at the new NBCUniversal film studio. We’ll have all the details on @KOB4 tonight pic.twitter.com/rH2Spw3JuR