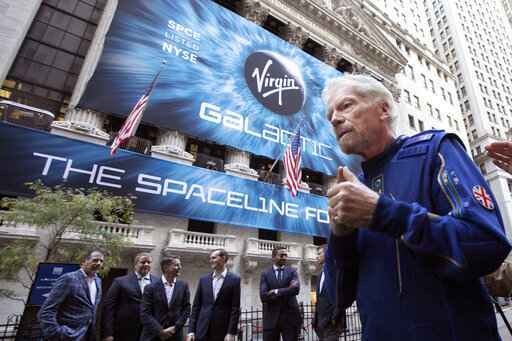 ALBUQUERQUE, N.M.- Richard Branson is scheduled to travel from New Mexico to space on July 11.

Branson, the founder of Virgin Galactic, announced he will be part of the Unity 22 crew, which will lift off from the Spaceport in southern New Mexico.

During the test flight, Branson said his job will be to evaluate the customer spaceflight experience.

He also teased a "very exciting" announcement upon his return.

People will be able to livestream the flight, which is scheduled to take place at 7 a.m.

I’ve always been a dreamer. My mum taught me to never give up and to reach for the stars. On July 11, it’s time to turn that dream into a reality aboard the next @VirginGalactic spaceflight https://t.co/x0ksfnuEQ3 #Unity22 pic.twitter.com/GWskcMSXyA