Commissioners appointed Major Billy Merrifield to the position during a special meeting, and he was sworn in moments later.

They say he has a “stellar record”, and this appointment will help to promote continuity in the department.

"There’s been some challenging times in our sheriff’s office,” said Commission chair James J. Martinez. “We want to bring back a level of continuity and stability within the office."

The appointment comes less than a week after a judge sentenced former sheriff James Lujan to three years in prison, and 18 months’ probation for his role in a high speed chase in 2017.

"This happened quick,” said Sheriff Merrifield. “It was unexpected obviously, but I have no problem with the support of all the guys and the commission.”

Merrifield first started with the department back in 2007. He had left for a bit when former sheriff Tommy Rodella was sent to prison for violating someone’s civil rights.

He returned to the department in 2014, to serve under Lujan. He knows transparency will be key.

"There’s going to be a lot of questions I’m sure,” said Merrifield. “Our office has always been open door to the public and basically being there for the public’s needs. That’s the big thing, that’s our mission."

He says he wants to get the department’s focus back on the citizens of Rio Arriba County.

"Morale is a little tough, unfortunately. I mean the sheriff to us was, you know he was a great leader as far as we’re concerned. So it’s a tough situation but we’re holding it together. It’s time for us to kind of move forward from that, it’s been a tough year with all of it." 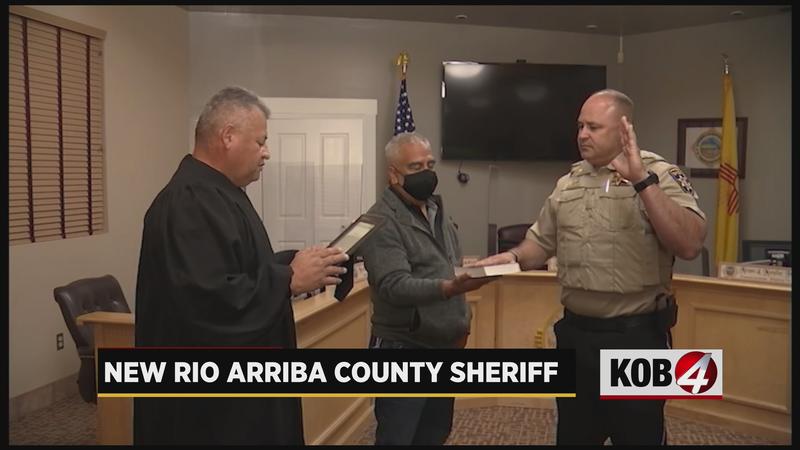