ALBUQUERQUE, N.M.- Embattled Sheriff James Lujan of Rio Arriba County is accused of trying to intimidate witnesses who testified against him in his criminal trial earlier this month.

Sheriff Lujan is at the center of controversy again after prosecutors learned of an alleged scheme to arrest two witnesses who took the stand against the sheriff earlier this month. The trial ended in a mistrial after the jury could not agree on a verdict.

“What’s problematic to me is the fact that here we have the elected sheriff – the defendant in the case – and he’s still using his power to try to influence his own trial,” said special prosecutor Andrea Reeb.

Sheriff Lujan already stands accused of two criminal charges stemming from a 2017 police chase. Lujan is accused of harboring a felon and intimidating one of his own deputies to not say anything about what happened.

“Now I have this direct intimidation from [the sheriff], where he’s actually ordering his deputies to go file perjury charges on my witnesses, which I believe is to intimidate them from testifying in another trial — or to mold their testimony or just to make them uneasy about what they’re doing,” said Reeb. 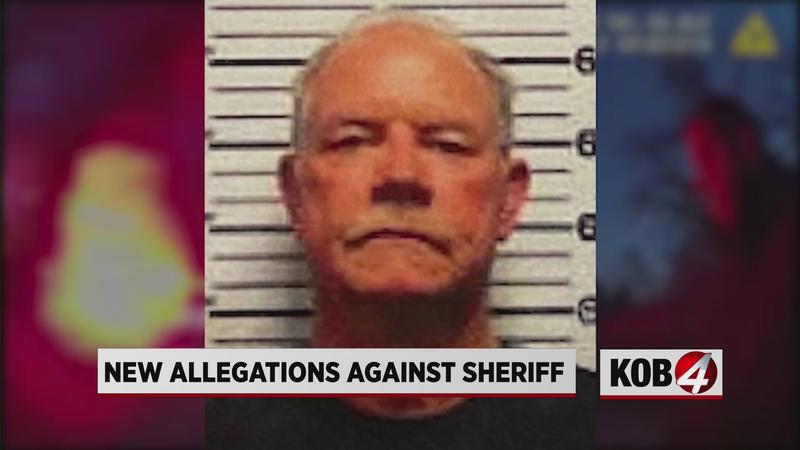 While prosecutors asked the judge to lock the sheriff up or put him on an ankle monitor, the judge decided against it.

"Sheriff Lujan has not had any contact with government witnesses and has not committed any intimidation. The State is on what has become a witch hunt to try and convict Sheriff Lujan on anything that they can come up with, regardless whether they lack evidence," said Bowles.

Prosecutors are also asking for a change of venue for the re-trial against Lujan, seeking to have the trial moved to Santa Fe County. A judge is set to decide on the matter on July 16.