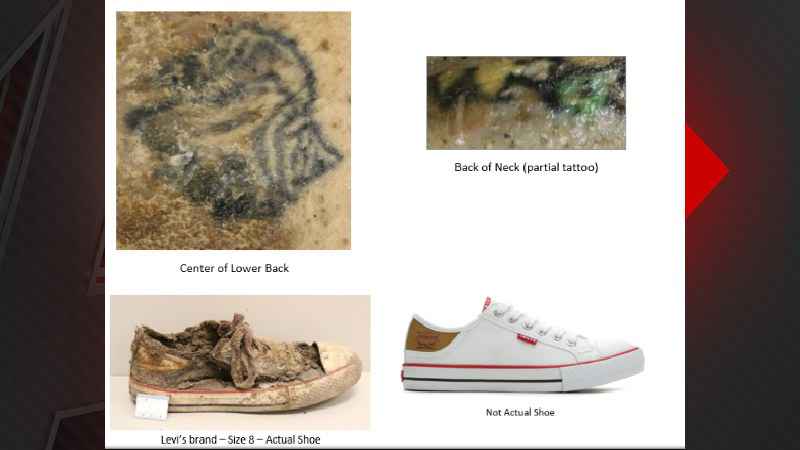 ALBUQUERQUE, N.M.- The Rio Rancho Police Department is asking the public for help in identifying the remains of a woman who was discovered in June 2020 in a secluded area of the mesa.

Police believe the woman was a victim of a homicide about six months prior to the remains being found.

Detectives describe the woman as White, Hispanic, or Native American with (possibly) long, dark hair. They say she was more than 5’6" with a medium build.

She had a small tattoo on her outer right ankle, a tattoo on the back of her neck and a small, and a circular tattoo on the center of her lower back.

If anyone with information about the woman is asked to contact the Rio Rancho Police Department or call Crime Stoppers at 505-843-STOP.