Update: As of Thursday evening, Villalobos has not been found.

RIO RANCHO, N.M. – A day later and the search continues for Manuel Villalobos – the inmate who escaped from his work detail in Rio Rancho.

Neighbors in the Rivers Edge Neighborhood told KOB 4 they weren’t sure what was happening at first as state police, Rio Rancho police and corrections officers filled their normally quiet neighborhood.

But tonight, they remain on high alert.

Inmates from the Central New Mexico Correctional Facility were working Tuesday, clearing debris from the bosque when one of them escaped. Neighbors say it was hours before anyone was told what was going on.

On Wednesday, the Rivers Edge Neighborhood was quiet. Most neighbors KOB 4 tried to talk to were hesitant to leave their house.

“I could barely pull into my parking garage because there were probably 30 cars and vehicles all along the street,” said Cindy Ritzman, neighbor.

Ritzman wanted answers but she didn’t find out what happened until later Tuesday night.

She tried to ask the police.

“There were a couple of neighbors out across the street and we asked the corrections people and police who were all milling around, ‘what was going on,’ cause nobody knew what was happening and they wouldn’t give us clear answers,” she said.

Later that night, she saw on the news that an inmate escaped right down the street from her house.

“It would have been really nice to have had an alert come in on my telephone instead of having to figure out what was going on, on the news,” said Ritzman.

When asked why folks weren’t notified, RRPD said they sent out a code red notification to over 8,000 residents in Rivers Edge and Corrales Neighborhoods – but Ritzman never got it.

“It would have been really, really, nice to have the police come by and talk to the neighbors personally because there are like five houses right next to what was going on here,” Ritzman said.

But, in the meantime, Ritzman said she is making sure she is safe.

“Double locking everything," she said. 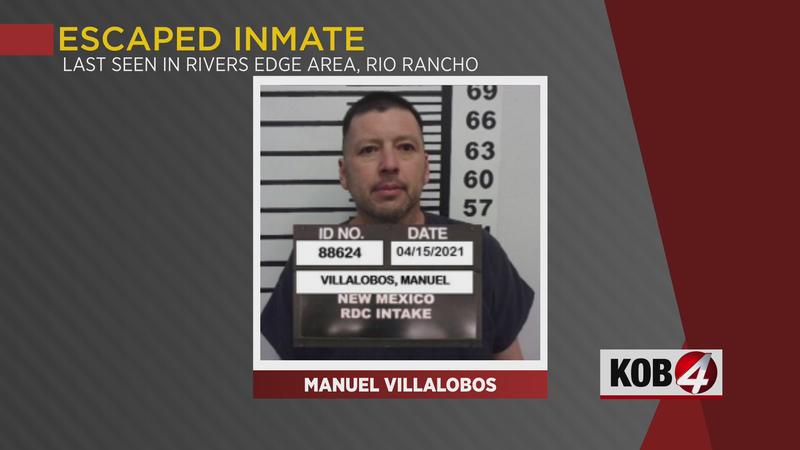