ALBUQUERQUE, N.M. — It’s been one week since 15-year-old Alex Jackson was shot and killed on the Club Rio Rancho property.

Now, many are asking why anyone would be there since the area is abandoned and blocked off.

Neighbors who live in the area said they don’t want the clubhouse to attract more trouble.

You might remember the recent fire that took down the clubhouse, or the neighbors’ complaints over the unbearable smelly pond water. 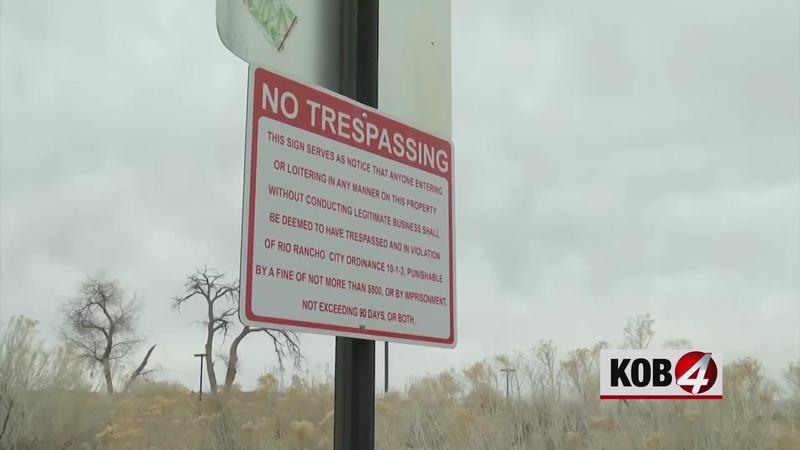 “I’ve seen the graffiti,” said one neighbor. "I had heard what I thought was fireworks going off a couple weeks ago."

However, other neighbors said the dilapidated clubhouse is mostly out of view unless you’re driving out there.

HOA President Rick Morris said he’s heard of people on four wheelers out day and night at the property.

"I just saw kids the other day that I was curious coming off that property, and that’s what worries me. You know that maybe there’s not enough attention being paid to that area,” a neighbor said. "I think that it needs to get sold and something be done with it. I think it’s really bad. I really do, because it scares me for this area because it’s been such a safe area.”

"The entire 260 acre property has a monthly private maintenance contract that handles all weed, graffiti removal, and general upkeep. There are ‘private no trespassing’ signs and fence line posted."

Rio Rancho Police said they’ve received a handful of calls for service the past few months, and have also stepped up patrols.