DURANGO, C.O. – It’s the Wild West these days when it comes to real estate. Prices to rent or a buy a home are skyrocketing everywhere, but to varying degrees depending on where you live.

And in Durango, the higher prices may be a pain in the neck for some who can afford the change, but for others, it can force them out of town.

Durango’s roots are embedded in the old west, once a gold mining town, its now a bustling recreational hub where many people want to live.

“What I am calling a frenzy when a crème puff hits the market, so a three bed, two bath, 18-hundred square foot with two-car garage in town, as soon as that product hits, and it’s not exorbitantly priced, you have a multitude of people trying to get that one single house, so the competition is fierce,” said the owner and broker of Alpenglow Properties, Dan Korman.

Korman adds for the first time in history the average price to buy in La Plata County, exceeded $1 million for a single month, he says it’s simply supply and demand economics.

“The costs associated with building have gone up enough to make it difficult to add supply, and so with hyper increased demand, from what people are calling the ‘urban flight’ we’re seeing housing costs rise, not only to build just in general,” Korman said.

And prices are also soaring for renters like Danea Banks, a single mother and paraprofessional. She said Durango hasn’t strayed too far from its wild roots, late last year, her rent went from $1,260 to $1,800.

“When you have a child you’re not just looking for yourself, you are looking for them and it’s very important for them to have stability and the fact that I couldn’t provide that for her, or at least know that was going to happen or when, I felt kind of like a failure even through it was out of my hands, it’s really hard,” Banks said.

With no affordable housing in sight, Banks and her daughter moved to the more affordable Farmington.

“The commute was really hard, an hour in the morning and then the afternoon. We were leaving at 5:30, 6:00 a.m. and then not getting home until 7, 7:30 at night and with a toddler it was really, really hard,” Banks added.

Once a friend heard about Bank’s hour commute, they offered her the studio apartment above their garage in Durango.

And while the rent prices in Durango are steep, Korman says that the community should be seeing some relief because of a few ongoing projects to help create more rental options. 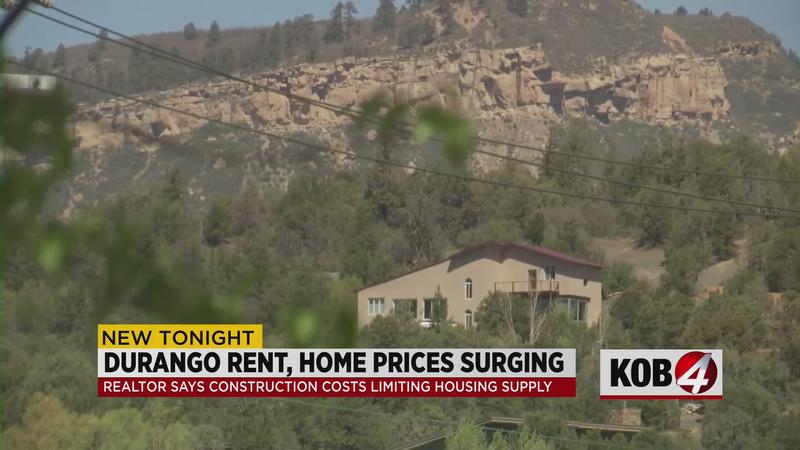