ALBUQUERQUE, N.M. — The River of Lights is one of the biggest events in Albuquerque. It’s the third most attended event each year, only behind the Albuquerque International Balloon Fiesta and the New Mexico State Fair.

"We were in the plaza having dinner, and we could see the traffic already starting to be a nightmare heading this direction," said Yolanda Montaño, who ended up taking the Park & Ride bus.

The Park & Ride is a free shuttle that travels from the ABQ BioPark Zoo to the Botanic Garden.

Unlike the state fair and the Balloon Fiesta, there are just a few people helping guide cars near the entrance of the River of Lights – mostly police service aides and city security officers.

KOB 4 reached out to Albuquerque police, who said the New Mexico BioPark Society did not ask for traffic control due to lower ticket sales. 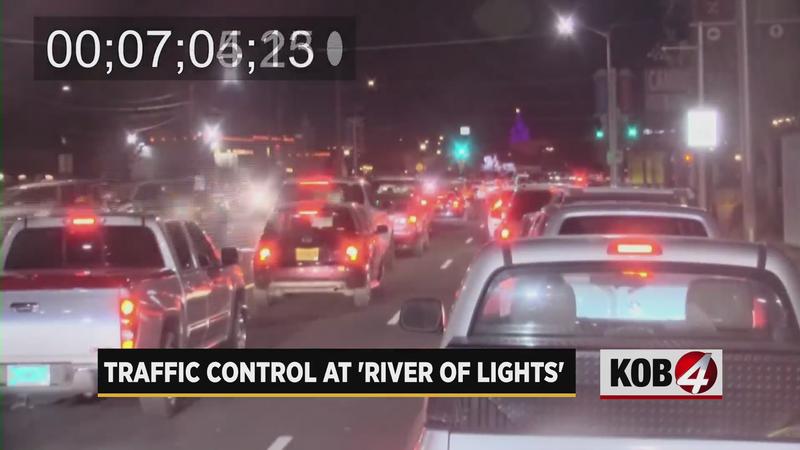 KOB 4’s Griffin Rushton went to check out what the traffic was like Friday night. Click on the video above to watch.