ALBUQUERQUE, N.M. – Mark Ronchetti, the TV meteorologist who put up a fight in an unsuccessful bid for Senate last year, has resigned from his TV post once again.

Last year, Ronchetti was hoping to represent New Mexico and the Republican Party in the U.S. Senate. He was defeated by Democrat Ben Ray Lujan.

This time, he could be eyeing a possible run for governor. Earlier this month, those rumors made it to the desk of Ronchetti’s bosses at television station KRQE in the form of a letter from attorneys representing the Democratic Governors Association.

"Credible reporting indicates that Mr. Ronchetti will announce his candidacy for governor at some point very soon," the letter stated. The letter warned of a violation of equal air time for candidates.

On Thursday, Mark Ronchetti resigned from his post at KRQE. But he is not throwing his hat in the ring just yet.

His spokesperson shared the following statement from Ronchetti:

If Ronchetti throws his hat in – he will join a crowded field of Republican hopefuls, including state Rep. Rebecca Dow, Sandoval County Commissioner Jay Block, and Gregory Zanetti. 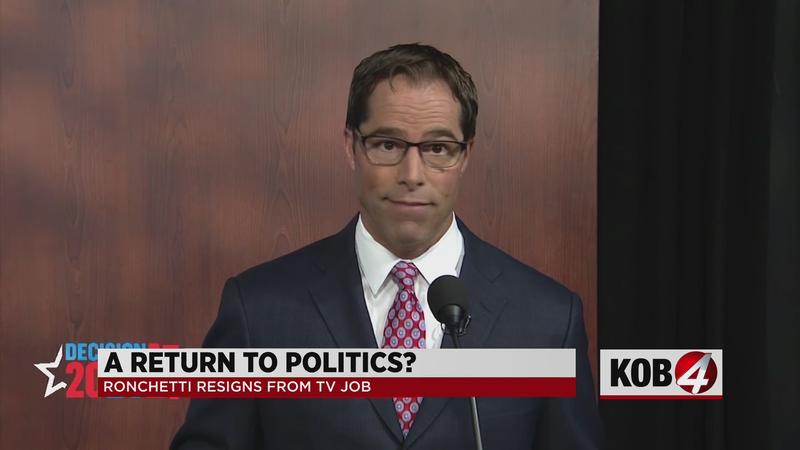